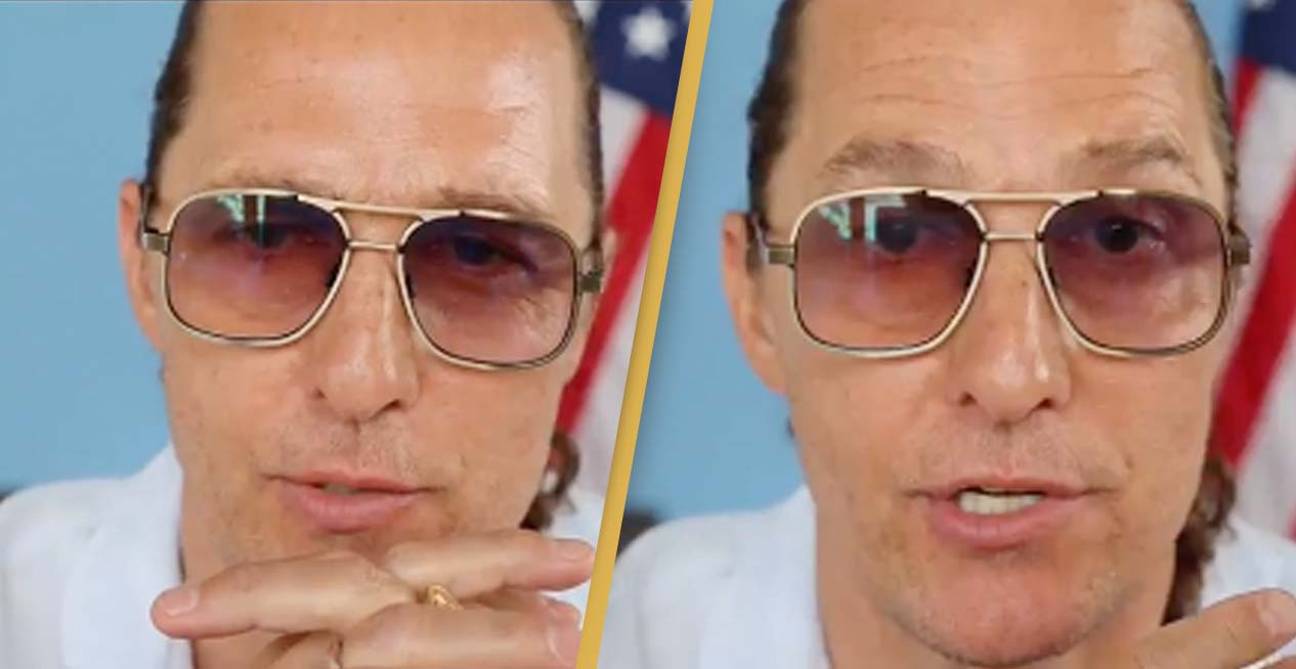 Americans seem to have gone even crazier than usual for Independence Day yesterday – I guess they sorta had a year off from celebrating because of the whole global pandemic thing – with Mark Zuckerberg already posting a weird video of him hover boarding across a lake with an American flag and now Matthew McConaughey is getting in on the act as well.

McConaughey decided to celebrate in his own special way by posting a really weird video where he kinda looks and talks like a drug kingpin. Maybe he’s getting into character for a new role or something? Anyway, take a look at it below and see what you think:

Be sure and just reflect just a minute, take a little bit of inventory on where we’ve come from, where we are and how and where we want to go from here on the way to being the best we can be.

I suppose that’s kind of a cool speech and he has a couple of OK points, but I’m still not really sure why he felt the need to release that or why he has that ‘Spring Breakers’ energy around him. Maybe there’s going to be a sequel soon? Happy 4th of July for yesterday everyone.

For more of the same, check out McConaughey sharing an inspiring call for world unity in the fight against Coronavirus. That made a lot more sense.