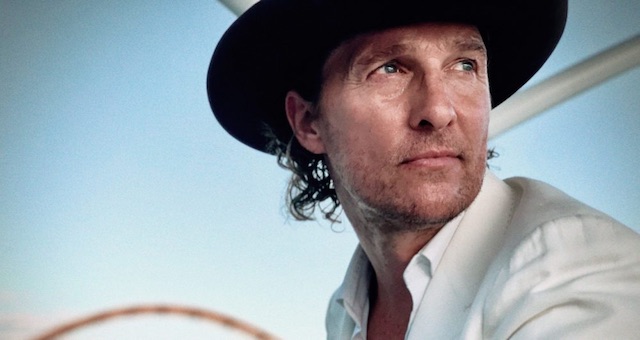 Is cancel culture on its way out?

I’ve said it before that the last few months of this year have seen a shift in people starting to condemn cancel culture and Matthew McConaughey has been the latest celebrity to speak out against it in an interview on Good Morning Britain.

McConaughey was appearing in the wake of him making comments criticising those in Hollywood who were outraged with Donald Trump challenging Joe Biden’s win and subsequently being accused of white privilege himself. He doubled down on these opinions this morning, saying that he was concerned about the future of the freedom of speech in an interview with Piers Morgan and Susannah Reid:

There are extremes on both sides that I think are unfair, that I don’t think are the right place to be.

The extreme left and the extreme right completely illegitimise the other side. The liberal and the conservative side… or they exaggerate that side’s stance into an irrational state and that’s not fair when either side does that.

Where the waterline’s gonna land on this freedom of speech and what we allow and what we don’t on this cancel culture… is a very interesting place in society trying to figure out because we haven’t found the right spot.

Think the guy there probably has a point, but I think he was a bit silly to compare people being outraged about Trump winning four years ago to how Trump handled losing the election this time around? I didn’t see Hillary Clinton or anyone else claiming he stole the election, she just conceded pretty much straight away and let him get on with it.

Sure, people were annoyed and pissed off and questioned the effectiveness of the electoral college system, but it was nothing like on the scale of Trump’s proliferation this time with all the failed lawsuits that went absolutely nowhere and were eventually proven to be completely baseless. Weird point of comparison, but I can see what the guy is saying at the basis of it.

For more of the same, check out Ricky Gervais’s similar thoughts on cancel culture. The tide is turning.