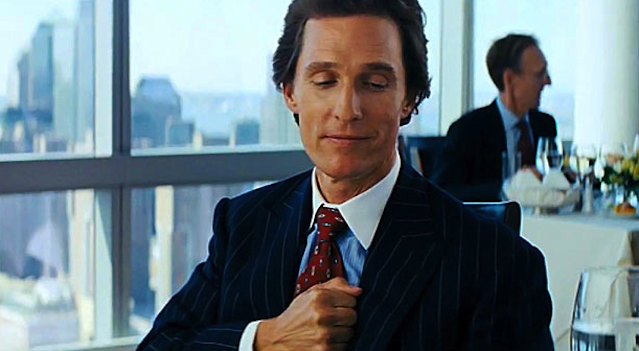 How did it take so long for this to happen?

Everyone has probably seen The Wolf Of Wall Street by now – unless you’re under 18 or don’t know how to stream movies on your computer – and everyone can probably agree that one of the standout scenes is when Matthew McConaughey’s coked up boss takes Leo to lunch and gives him a great speech about Wall Street and then starts beating on his chest.

The best thing about that scene (in case you missed the revelation when McConaughey was on Graham Norton) is that the chest bumping part wasn’t even in the original script – Leo just saw Matthew doing it when he was warming up for the scene and suggested that they improv it and whack it in. And wow, look what happened, it completely and utterly nailed it and people are doing it all over the world.

Which is why it’s so surprising that it’s taken someone so long to come up with an awesome remix of it. It’s worth the wait though.