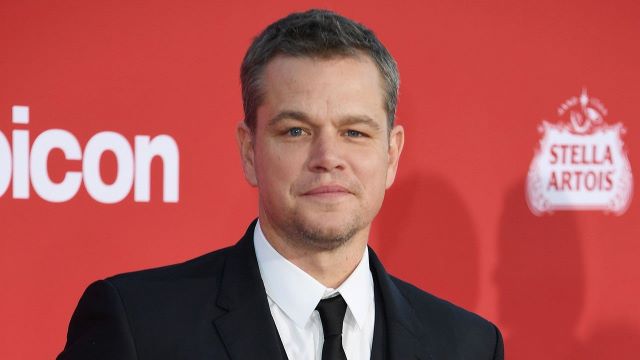 The internet is not happy.

Matt Damon has openly admitted that he only stopped using the word ‘f*ggot’ a few months ago after being reprimanded by his daughter.

As he explained to The Sunday Times, Matt dropped the F-bomb, which people have recognised as widely offensive towards the gay community for at least a decade now, without realising the gravity of the word.

The Good Will Hunting legend said:

The word that my daughter calls the “F-slur for a homosexual” was commonly used when I was a kid, with a different application.

I made a joke, months ago, and got a treatise from my daughter. She left the table. I said, “Come on, that’s a joke! I say it in the movie Stuck on You!” She went to her room and wrote a very long, beautiful treatise on how that word is dangerous.

I said, “I retire the F-slur!” I understood.

Well better late than never eh? Except this was simply not good enough for many on social media who couldn’t believe that 50-year-old Matt Damon has only just learnt how offensive the word is to homosexuals.

Here’s some of the reaction…

So Matt Damon just figured out “months ago”, by way of a “treatise” from a child, that he’s not supposed to say the word f*ggot.

In fairness to Matt Damon, he grew up in Boston, Massachussetts at a time where the word was thrown around freely and not necessarily as a homophobic slur, and he’s been so famous for so long that maybe he missed the memo while inside his multi-millionaire A-list bubble. Fair play to his daughter for educating him on the matter, but the fact this was only an issue between them now maybe suggests he wasn’t using the word as often as is being suggested? Well, at least not around his daughter anyway.

I’m not sure Matt Damon should have said anything given how unforgiving a place the internet is these days but I think we should appreciate the fact he publicly called himself out on this when he didn’t even have to mention it. Then again Matt Damon is basically uncancellable at this point, and he doesn’t strike me as someone who spends too much time reading comments online anyway. Oh well, good luck to him on finding a new word to replace ‘f*ggot’ with.

For a look at Good Will Hunting remastered – featuring Ben Affleck at Batman – click HERE. WTF?