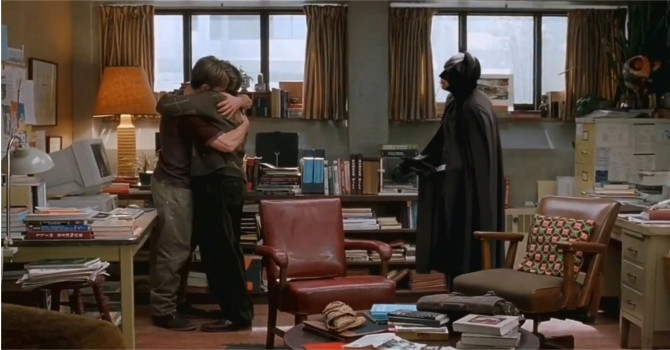 The haters seem to have a lot to say about the casting of Ben Affleck as Batman. Even if the film is terrible it will have one shining light: this remastering of “Good Will Hunting”.

If you’ve been in a coma for the past few weeks you might not have heard but Ben Affleck is playing Batman in this little flick called Superman vs. Batman. Some have agreed with this casting and others have not. The only thing I know for sure is that he won’t be as bad as George Clooney… will he?

If the Affleck haters had got their way and he was not cast as the Dark Knight, we would never have seen this – so that’s one little victory in case the movie doesn’t work out. The “remastering” of the classic Affleck-Damon film Good Will Hunting was created by comedian Pete Holmes. It shows the character of Chuckie Sullivan portrayed by a version of Christian Bale’s Batman.

If Affleck ever gets sick of all the nerd hate maybe Pete Holmes could take over? It’d be different at least:

â˜› Read Next: Ben Affleck Is The New Batman And The Internet Completely Loses Its Shit