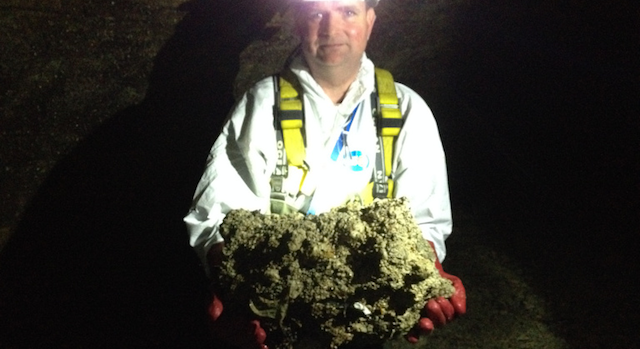 This particular ‘fatberg’ was made up of of fat, sanitary towels and condoms.

London is actually pretty clean despite being one of the biggest and most densely populated cities in the world, but the same can’t be said for what lurks underneath it in its sewers as another gigantic fat berg has been discovered. I suppose it’s better than finding a small newborn baby down there though.

For those of you not in the know, a fatberg refers to a gigantic iceberg like mass of complete and utter crap which has been known to block sewer tunnels. This particular one was made up of of fat (gross), sanitary towels (probably slightly less gross), condoms (about the same) and other crap that isn’t supposed to be deposited down drains but people still chuck down there anyway.

The sewer pipe it was blocking is about two metres wide – more than enough room for your regular waste to be flushed out and away – and sits directly underneath an unnamed area full of fast food restaurants. It’s thought that many of these places pump their excess fat directly down the drain which is directly responsible for this disgusting build up of crap. Apparently it costs £1 million a month to clean up blockages like this. Yuck. 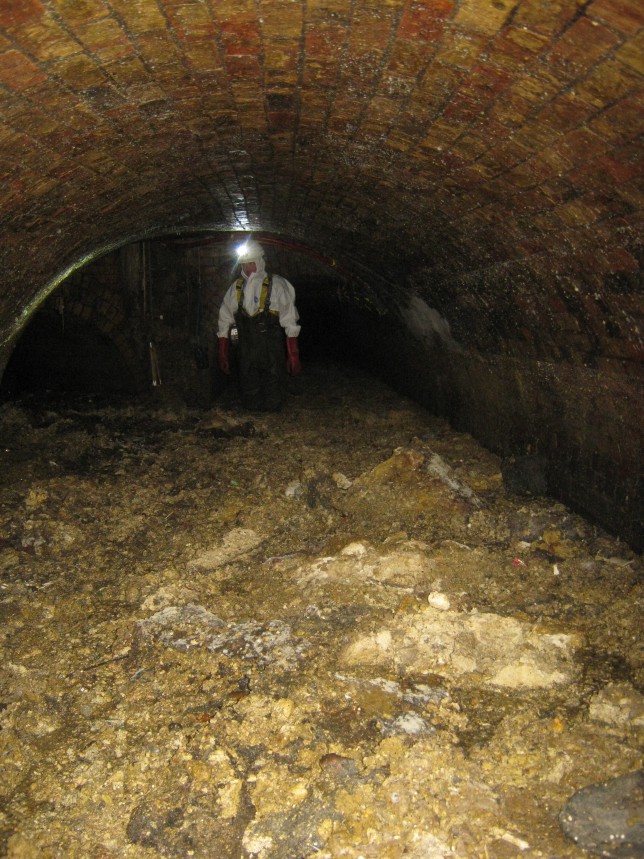 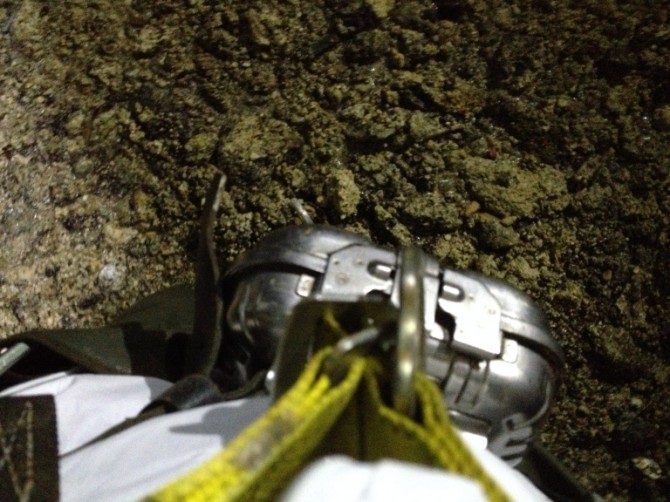 Some dude called Dave Dennis who is the sewer manager for Thames Water in West London (so that’s probably where this fatberg was discovered) explained how dangerous it was to flush stuff that shouldn’t be flushed:

We find objects down the sewers every day that should not be there. Planks of wood, plastic bottles, and the bane of our lives — wet wipes. Many of these items’s packaging say they are flushable, however they are unable to break down in the UK sewage systems.

Sewer flooding is a horrific experience, so please remember next time you go to throw cooking oil down the drain or wet wipes down the loo — bin it, don’t block it

To be fair, it sounds like the companies that say that this stuff is flushable are to blame rather than your regular joe who doesn’t know anything about this – maybe these guys should look at their packaging and try and help everyone out?