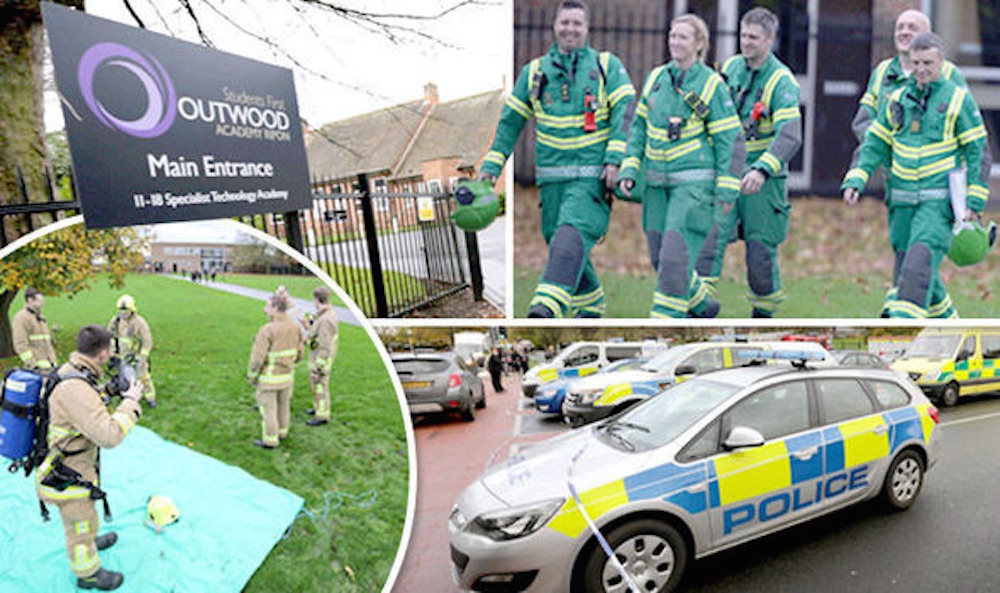 And no-one seems to be able to explain it.

In case you hadn’t noticed, today is Remembrance Day – which means that schools and businesses across the UK held a mass silence in memory of those that have both fought and continue to fight in our armed forces.

Outward Academy was no different than any other school in this. However, what did set them apart was the very concerning and bizarre ill-health that suddenly took ahold of a considerable number of their students during the mass silence.

In excess of forty students were struck down suddenly by the illness with many of them collapsing inexplicably. The school – which is located in Ripon – Yorkshire, contacted emergency services, reporting that students were feeling nauseous and faint.

A spokesperson for the Yorkshire Ambulance Service said:

We dispatched a number of resources to the scene including a doctor, three ambulance crews, two rapid response vehicles, a number of Clinical Supervisors and our Hazardous Area Response Team.

Georgia, a pupil in year 8, said that several students began vomiting in the assembly hall. Meanwhile, another girl – who wished to remain anonymous – stated: 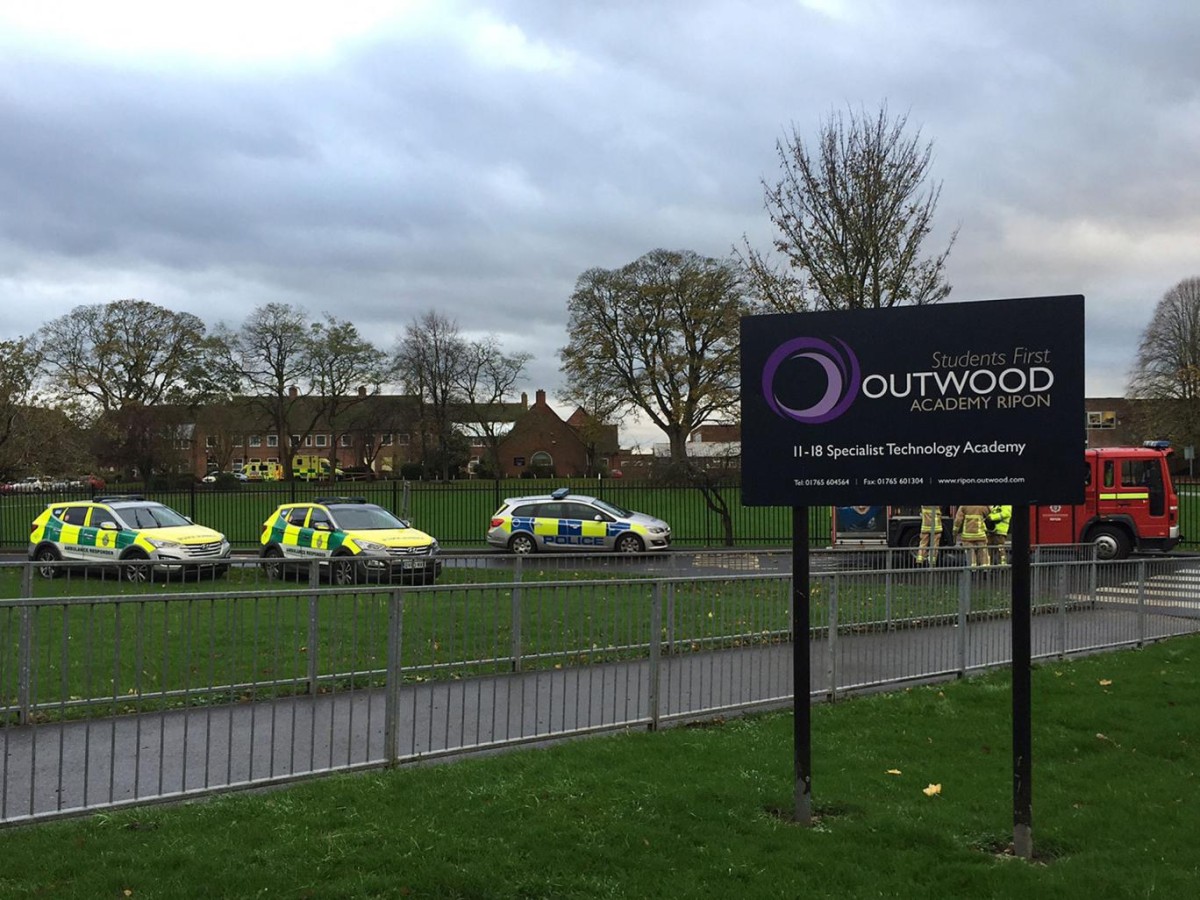 When the first boy was sick, we thought it was a one off but then there was a big slap on the floor and someone had fainted.

After that it was a bit of a domino effect, another three or four collapsed and then people started leaving the hall to get fresh air.

One of the boys who fell was a bit concussed and had a big lump on his head.

After that they ushered us out quickly and a couple of girls had panic attacks.

Worryingly, there has been no proper explanation of what happened at the school.

Firefighters who attended the scene have speculated that the room the children were in had become overheated, causing some to panic and feel overwhelmed. Fire station manager Dave Winspear attributed this as the main cause of the first collapse with the others falling ill quickly afterwards, due to distress.

Well that sounds like bullshit to me. Since when did seeing one person pass out cause 40 others to drop like a sack of child sized shit?

The firemen assured media outlets that no chemical or gas exposure had been detected at the school and that they ‘are working with colleagues from North Yorkshire Police and Yorkshire Ambulance Service at this time to determine what has caused this occurrence.’ 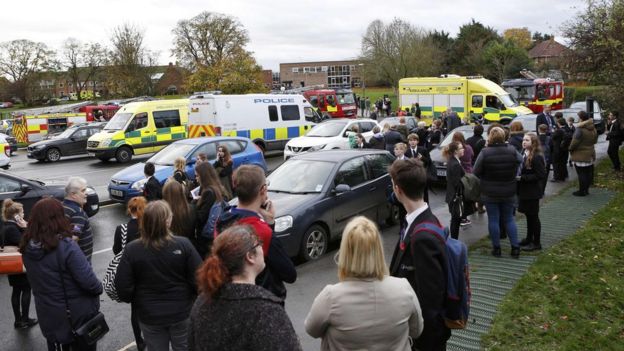 I personally think it’s pretty clear what happened here, and there are two possibilities in my eyes.

The first is that it was some kind of massive terrorist sabotage designed to crap all over an event that commemorates the bravest and most devoted of our forces. An event that symbolises our gratitude to those who ensure our continued existence as a strong and safe nation tainted by an attack so organised and advanced that it has avoided detection. Although in fairness, it wouldn’t rank anywhere near the top five terrorist attacks that have rocked Britain so we can probably discount that.

The other alternative is simply that our kids are just being kids. Except now they’re getting smarter. They’ve organised themselves into efficient units who can fake a massive illness to get a day or two off of school. Let’s be honest, it’s probably the latter.