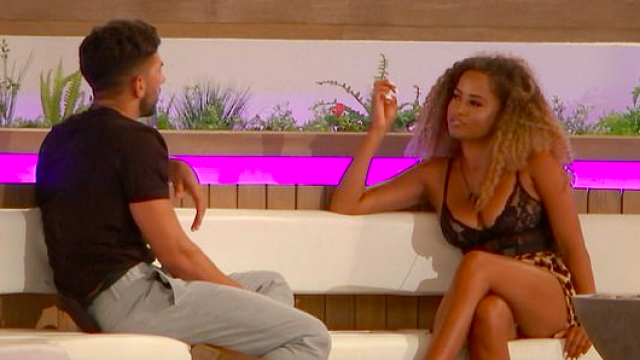 Love Island is in full swing this summer and most of the nation is absolutely loving it, but even if you’re one of those rare people that have never seen an episode you can still enjoy clips like the one below because it really is that universally awful.

For a bit of context, this dude called Marvin had been paired with a girl called Maura, but she fancies a guy called Curtis so Marvin needs to match himself up with another girl ASAP if he wants to stay in the competition. He thought that a girl named Amber – who had recently been dumped by a guy called Michael – might be the one for him and so decided to crack out his best lines in an attempt to woo her.

Just when you thought no one in the villa had less game than Anton, Marvin ladies & gentlemen 🤦🏽‍♀️ #loveisland pic.twitter.com/e4pieOJuiL

Lol. Guy has less game than the incel living in your mother’s basement. Girl just burst out laughing at his attempts at game and he followed it up with an even worse line that isn’t in this clip for some reason: ‘I still feel like you fancy me a bit’.

Oh dear. Get in the bin Marvin because you are well and truly cancelled after this appalling attempt at flirting. Kinda makes you wonder how he even got on the show or if he’s ever even got laid in his life? Really bizarre.

For more Love Island, check out its spiritual successor Temptation Island. That’s gonna be a good one too.