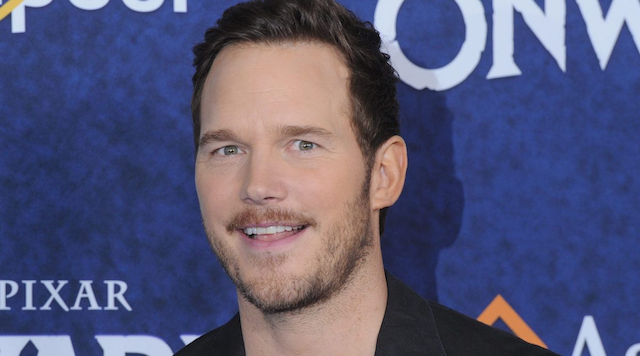 HIs friends have stepped up to defend him.

We started this week with a bang after Chris Pratt was cancelled by a large section of the internet after it emerged that he was possibly a Trump supporter – even though he had never publicly endorsed the current Preisdent of America.

This conclusion was reached due to the fact that he’s a vocal Christian and is now the son in law of former Republican governor Arnold Schwarzenegger, but some other details emerged about him that suggested he wasn’t as great a guy as everyone thought he had been in the past – apparently he cheated on former wife Anna Faris and also attends a church that supports gay conversion therapy. Anyway, all these comments made enough of a storm in Hollywood that a whole bunch of his Marvel castmates and other people who know him decided to take to Twitter to defend him.

Here’s a few of the best lines:

What a world… The “sinless” are casting stones at my #brother, Chris Pratt… A real #Christian who lives by #principle, has never demonstrated anything but #positivity and #gratitude… AND he just married into a family that makes space for civil discourse and (just plain fact) INSISTS on service as the highest value. If you take issue with Chris,,, I’ve got a novel idea. Delete your social media accounts, sit with your OWN defects of #character, work on THEM, then celebrate your humanness… @prattprattpratt I #gotyerbackbackback

You all, @prattprattpratt is as solid a man there is. I know him personally, and instead of casting aspersions, look at how he lives his life. He is just not overtly political as a rule. This is a distraction. Let’s keep our eyes on the prize, friends. We are so close now.

Sorry. Just finding out about this nonsense. @prattprattpratt is the best dude in the world. I’ve spent hours & hours sharing my deepest truths with this man, as he has with me. Please stop assuming what he believes, politically or in any other way, because he’s a Christian. https://t.co/XSIgU9WemX

No matter how hard it gets, stick your chest out, keep your head up and handle it.
-Tupac
You got this @prattprattpratt . Your family, friends, colleagues & everyone who’s ever crossed paths with you knows your heart and your worth!

Seems like Chris Pratt is a pretty popular guy up there in Hollywood hey? Although maybe not because this is only four people defending him, but it’s also quite possible that everyone else he knows didn’t even think that this little internet controversy was worth commenting on.

I said on Monday that I thought it was a bit of douchebag move to cheat on his wife and inadvertently support gay conversion therapy and if it was true that he was a Trump supporter then that wasn’t that hot in my eyes either, but I don’t think I was advocating him being cancelled or anything – I would probably still go and see his movies for instance, just not like him as much as I once did. However, I certainly didn’t expect other celebrities to come out and defend him less than a day later either because I really didn’t think it was that much of a big deal. Guess I was wrong and this is how powerful cancel culture is these days. Fair play to his friends for sticking up for him.

Of course, there are also those who are cynical about these defences and this is perhaps best illustrated in the tweet below:

he also seems to have an unrealistic understanding of his competition. he is not widely accepted as hot and charming, like chris evans, nor muscle-y and humorous like chris hemsworth nor eccentric and fashionable like chris pine. you cannot be bland in this kind of company!

Lol what a hot take. I suppose she has a point – although I don’t think any of those people were coerced into sharing their defences of Pratt – but again I guess your opinion on the best Chris all depends on your politics and perspective, so it’s not right to cancel people just because they MIGHT have different personal beliefs to you, providing they’re not a Nazi or anything of course.

Still stand by the cheating and anti gay stuff though, so maybe it’s fair to say that he’s the worst Chris out of those three. There’s obviously some room to debate on that though of course, if anyone actually cares that much about it.

For more of the same, check out when Pratt accidentally wore a white supremacist t-shirt. Whoops.