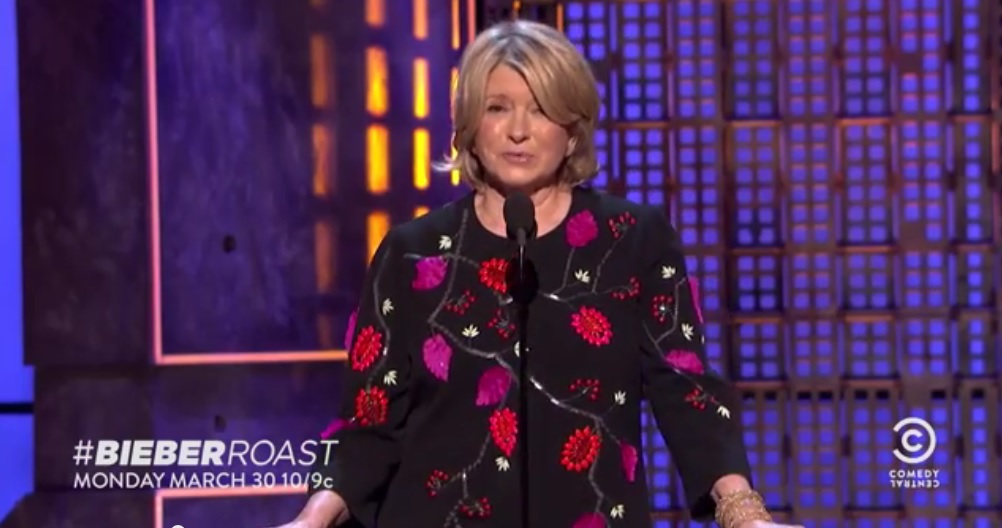 This woman is VICIOUS.

The Bieber roast aired last night and it was pretty great as these Comedy Central roasts usually are. One person who really went IN was Martha Stewart, who ripped everyone on stage with some of the best deadpan delivery you’ll ever see. Check it out:

Killed it. Look at Ludacris after that “pulling out” joke; such a defeated man.

There were some brutal Paul Walker jokes on the night that got cut from the actual broadcast (probably a good idea) – you can check those out here.