It’s a tale as old as time to talk about someone becoming a married Christian pastor and then it being discovered that they’re actually a secret homosexual and here’s another one to add to the ever growing pile.

It all went down in some place called Morrisville, North Carolina, where a preacher called Tommy Clark accidentally uploaded the picture you can see above of him passionately kissing a man with a nipple piercing and chest tattoos onto his personal Facebook account. He realised mistake and deleted his account, but not before a member of his congregation screenshotted it and let everyone know that Clark had been living a lie. 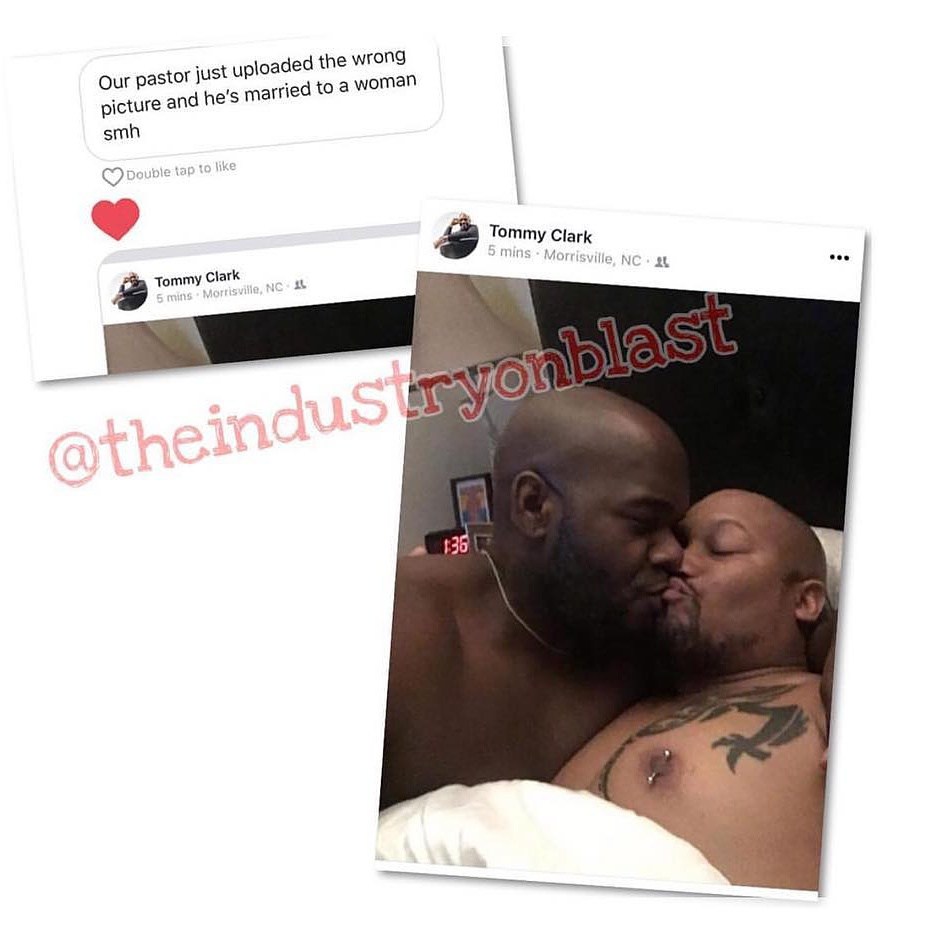 You might say that’s kinda harsh to out him like that, but then I suppose it’s kind of harsh that he married some woman who probably didn’t know he was actually queer and probably leads his congregation every week against the sin of homosexuality, so you know, swings and roundabouts. Nobody has actually heard from Clark since this picture went up, but you can bet he’s got a whole lot of problems to deal with right about now. Probably just best to  be true to yourself eh?

For more of the same, check out this anti gay married Republican politician who was forced to quit after he got busted having gay sex in his office. So typical.