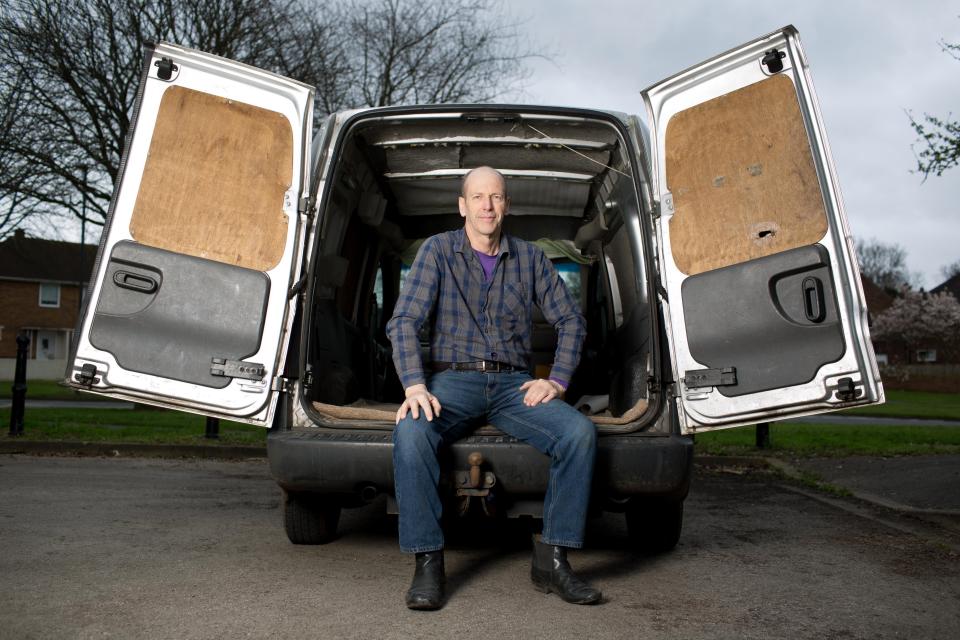 He doesn’t even charge a fee – his only goal is to help people.

Everyone needs a hobby when they give up their day job, but I find it very unlikely that when I waltz into the sunset I will want to fill my days by driving around the country donating my sperm to women for free.

This is however how 62 year old Clive – who didn’t wish to give his surname – chooses to spend his time and it seems like he absolutely loves it. Clive is married and already has three children and nine grandchildren, but this doesn’t seem to have quenched his thirst for populating the planet as he’ll quite happily drive anywhere in the country to donate his sperm to women for free in the back of his van.

Clive finds the willing subjects on the internet drives up to where they live, cracks one off into a syringe in the back of his van, then keeps it warm under his arm until the person who wants it arrives to take it off him. He reckons he’s fathered 65 kids via this method and wants to continue doing it until he reaches at least 100.

He was recently filmed for a new Channel 4 documentary called Super Sperm Doctors, but also spoke to the Sun about his new hobby:

I will drive to their house, park the van up, do the business into a syringe and then hand it over.

I don’t charge them because that would be illegal.

I give them the syringe and will talk to them for about five to ten seconds, just make a bit of idle chit-chat.

They are often nervous and it’s just a way of putting them at ease.

I know this is probably unusual but for me, by doing it in the van there is far less involvement, less emotional attachment.

I also know, technically, if any of the ladies ever wanted to report me to the Child Support Agency in the future, they could nail me for 18 years for child payments.

That’s because we’re not going through a government approved Human Fertilisation clinic.

I love the joy it brings. So many people say, ‘Thank you so much, Clive, you really have changed our lives’.

That, for me, is why I do it. It’s special. I wanted to help their plight because I love children so much.”

About two thirds of the people I have helped are same-sex couples. The others are heterosexual couples and a few are single ladies. I am not strict and I do believe every lady deserves to have a baby.

All I am doing is helping. I have always insisted on artificial insemination. I know some donors advertise this but it turns out they want sex.

I have had several people turn around to me and say, ‘Crikey, Clive, it is so nice to meet a normal person’.

I normally do 16 donations a month but not all of those lead to pregnancies.

I get down when nothing happens. One month I can have no results and the next I can have four pregnancies.

But I know clinics offer only a one-in-eight chance – as well as charging around £6,000 – so I have to keep reminding myself of this.

I’d say a third of the children I have fathered happened the first time; the next third the second or third time and the rest will have taken up to six donations.

When I first set out I did wonder if I would feel anything. You never know how the emotional side is going to play out.

You wonder if you will start to think that they are your children and will you want access. But I have never had any of these feelings.

There are a couple of kids I check in on every now and again. I’ve got a lot of friends on Facebook and I can see photos on there. They usually send a photo and update every year too.

Three weeks ago I called to a place outside Liverpool to see two of the children. One was the very first success I had five years ago. I pop by every six months or so.

The mums know that as their children grow up, they will turn around after they’ve had sex education and ask them about how it all happened.

They plan to say, ‘Well, you can guess who it is — it’s that daft Clive who comes around’.

My wife isn’t very happy about it. She knows about it but she doesn’t like it. Initially I didn’t tell her and there were a few white lies about where I was going.

A few months in, I decided to bring up the subject. I thought she was going to like it, so over a meal I talked about becoming a sperm donor.

By her reaction you could see she was not impressed, so I dropped it.

I carried on but a little while after that dinner I subconsciously left my mobile lying around and it came to a head one evening.

She told me she knew what I was doing as she had seen the messages. It made my life easier knowing she knew, but it didn’t make me stop.

My children are aware of it. I’ve also had to tell them how many children I’ve fathered because of this documentary.

I was worried, but my daughter said she was fine ‘as long as they don’t come to my door’. It was such a weight off my shoulders.

But I am going to stop soon. One hundred children will be enough.

Damn after reading all that, this guy had almost convinced me that he wasn’t a complete weirdo and was performing a genuinely noble art, but that last little bit about his wife hating it threw me off again. Why would you do something like this if it clearly made your wife unhappy?

Bit of a weird one really. Not really sure how to feel about this – whether this guy is actually some kind of weird 2018 hero or just some kind of weird guy obsessed with spreading around his sperm as much as possible. On the fence to be honest about him. Hopefully we don’t find out he’s some weird pervert in a couple of months.

For more sperm donors, check out this guy who has 800 children and has a new one every week. Jesus.