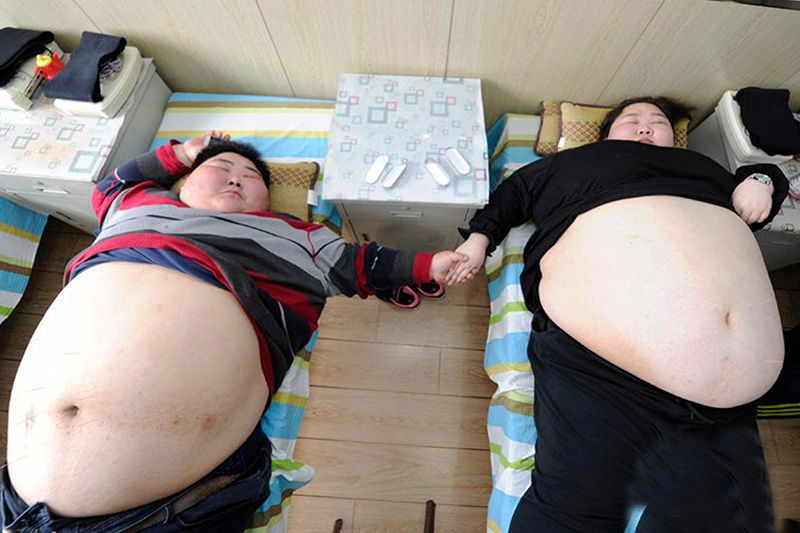 The photos of these two are absolute Internet classics.

A Chinese couple too fat to consummate their marriage have finally decided to undergo his and hers weight-loss surgery so they can do the deed and maybe have kids someday.

Lin Yue and Deng Yang, both 30, are a combined eight of 882 lbs (400kg), and have been married since 2010 but their weight problems mean they’ve never been able to have sex. They heard about China’s heaviest person — a 538 lb (244 kg) woman — undergoing gastric bypass surgery earlier this month and were inspired to do the same.

They’re now in Changcun, the capital of Jilin province, getting the ball rolling on a fitness plan needed before they can go through with the surgery. 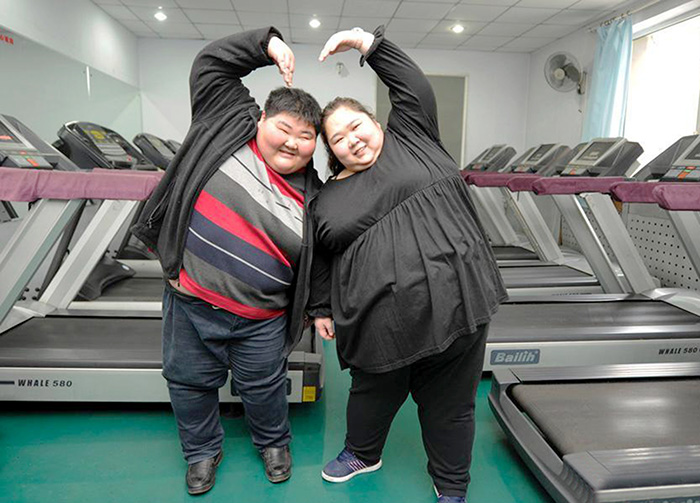 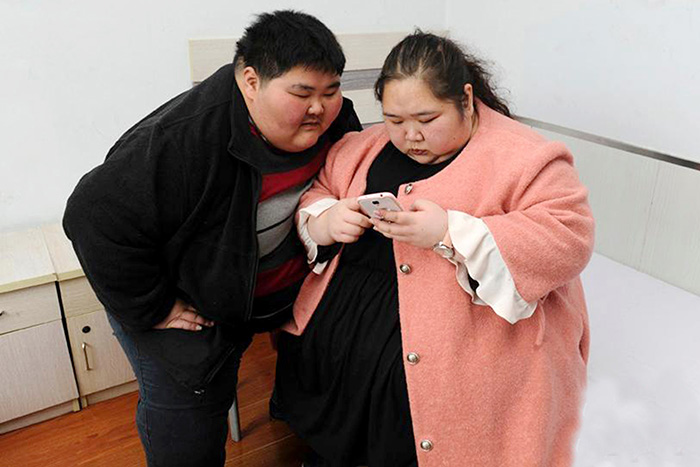 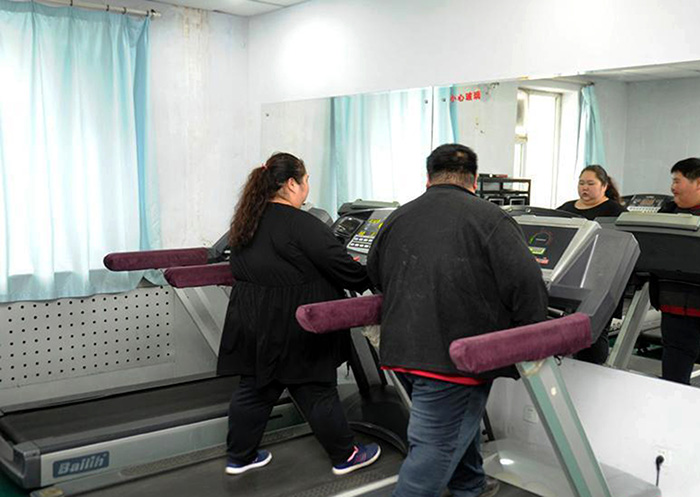 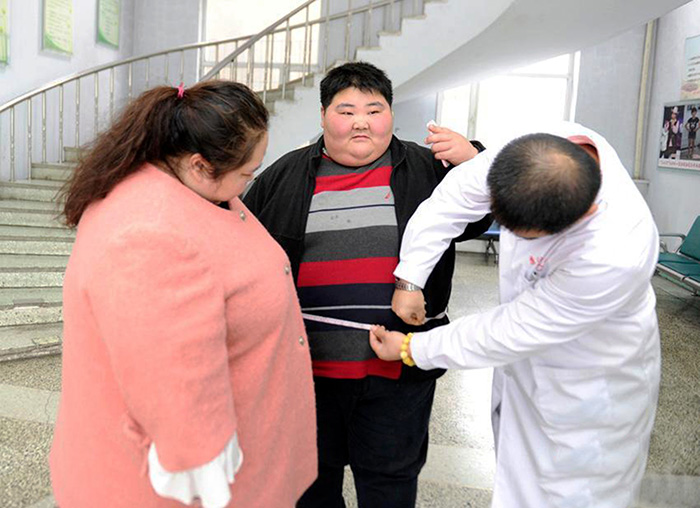 I never thought two people could literally be too fat to have sex, but turns out it’s possible. It’s not even that they don’t feel comfortable doing it, it’s that they literally can’t do it. Most married couples are bored to death of fucking each other and these two want to do it so badly but physically can’t. I mean imagine – the guy probably has to hold his belly up so his wife can give him a BJ, which sounds like a total boner-killing situation. Maybe he can’t get erect because he’s so fat? They didn’t really go into much detail but it does make you wonder.

Still, I’m kind of envious of these two because at the end of the day, two immensely fat people on a mission to lose weight together so they might be able to have sex one day = true love.

Good luck guys – here’s hoping Kim Kardashian’s brother hears about this and gets in on the plan.