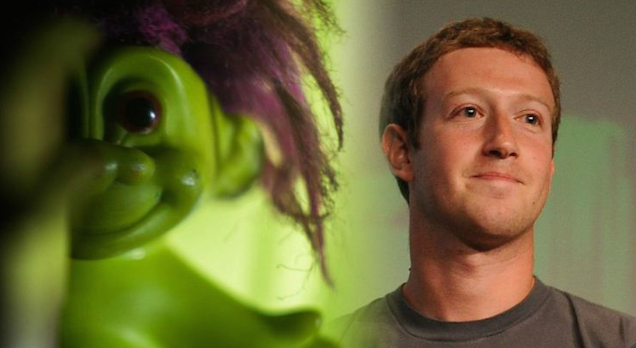 Nobody is safe from the trolls.

It turns out that even if you’re the CEO of the company, nobody is safe from Facebook trolls. For some unknown reason – although it’s being speculated that it might have something to do with declining Facebook reach – a group of Brazilian trolls have targeted Zuckerberg’s Facebook profile and are leaving stickers, memes and random comments on a bunch of old posts made on it.

So far the most popular post that has been attacked is the one announcing his marriage to Priscilla Chan in May 2012, which now has 2 million likes and around 186,000 comments, most of which are random pictures or memes. Another popular post that has been targeted is one from January 2011 where Mark announces that he’s becoming a vegetarian with 108,00 comments like ‘Trolling today, trolling tomorrow, trolling forever’ and ‘Go go go zoeira’ now appearing. Zoeira basically means trolling or disorder in Portuguese. 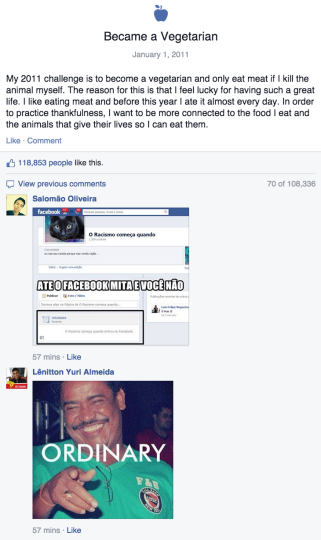 Again, there’s not discernible motivation for this trolling or any particular reason why it’s originated from Brazil. There is one Facebook group called ‘Flood the Mark’ which has 1,153 members and encourages them to continue trolling Zuckerberg, but it doesn’t offer any clues as to why it’s happening, other than the fact that they’re trying to reach a record number of comments on Zuckerberg’s profile. Hey, whatever turns you on right? We shouldn’t really be surprised by the level of weirdo out there though – I mean there’s already a Mark Zuckerberg religion so it’s only natural that they’re might be some guys who have nothing better do all day then leave comments on his page.

Facebook and Mark Zuckerberg themselves don’t seem too concerned about it though, with a spokesman saying they’re aware of the problem and that any persistent offenders who break their rules and regulations will have their accounts deactivated. So if you’re planning on joining in with all the trolling, make sure you’re careful.