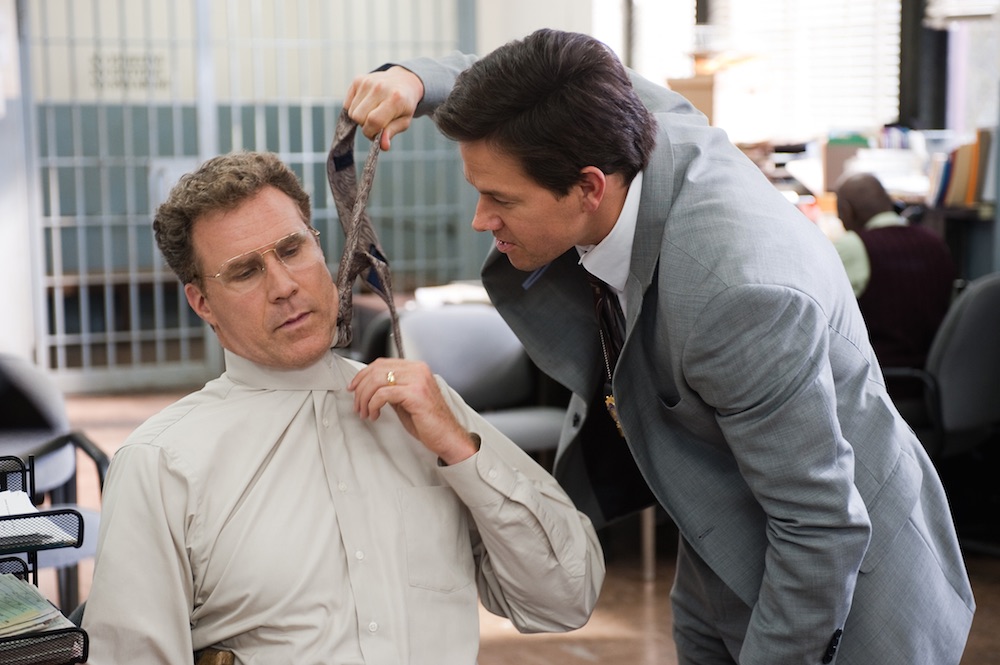 The object is to diss the other participant until they crack and start laughing.

The rules of ‘The Playground Insult Game’ are fairly simple – you basically insult your opponent as best you can until they end up laughing. Whoever cracks first is the loser.

It’s a fairly regular skit on Radio One and yesterday they got two Hollywood heavyweights in terms of Mark Wahlberg and Will Ferrell to take part in it. As you can expect from these two guys, the standard was pretty high with some great lines like ‘your hair looks like a brillo pad’ and ‘you got a great ass – for a guy from Boston’.

Who do you think is going to win? I’m pretty sure there can be only one out of these two guys, but check out the video below to see if you’re right.

Yeah, like I said, only one winner. I’m pretty sure Mark Wahlberg probably should have been out way before that too because he definitely started laughing a bunch of times. Think you might need to define the rules a bit better there Scott Mills.

I’m not normally a fan of Will Ferrell either but I thought his insults were way better than Wahlberg’s and he was way better at keeping a straight face than him. Hats off.

If Mark Wahlberg was as wasted as the time he went on the Graham Norton show then I guess he might have had a chance, as it was no dice.