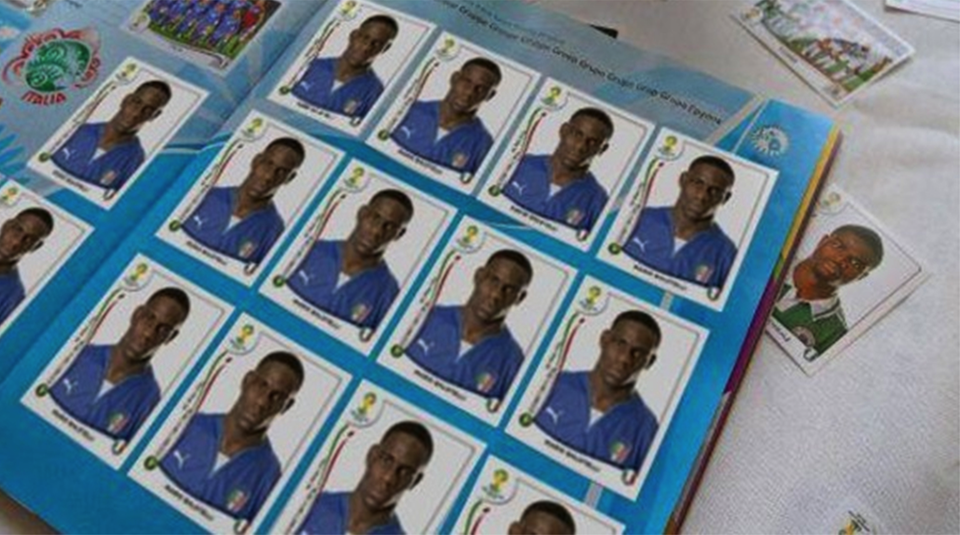 The Premiership has been way less entertaining since Mario Balotelli upped sticks and headed to AC Milan (no more getting stuck in bibs or master magician tricks) but thanks to the World Cup he’s back in the spotlight. Unfortunately that also means that he’s scoring against England, but maybe, just maybe you can forgive him when he’s doing stupid stuff like this.

Like so many readers of Sick Chirpse and football fans around the world, Mario Balotelli has become infatuated with Panini football stickers as it’s probably a great way to kill time when you’re stuck in the team hotel room in between matches and training. Typical of Balotelli though, he hasn’t filled in the sticker album in your conventional manner, he’s done it Balotelli style.

Instead of just getting all the stickers of his Italian teammates like a normal person, Mario decided instead to fill up all 14 spaces in the Italian team with his own sticker, effectively implying that he’s the Italian superstar and that they’re a one man team. To be fair, the only person that would argue with him over that (and be justified) would be Pirlo, so we’re going to give it to the guy.

The best thing about it though is that Balotelli has clearly spent loads of time buying packets of football stickers in an effort to find his sticker 14 times, judging by the other stickers and empty packets you can see behind the album here. I guess that’s one way to kill time at the World Cup. 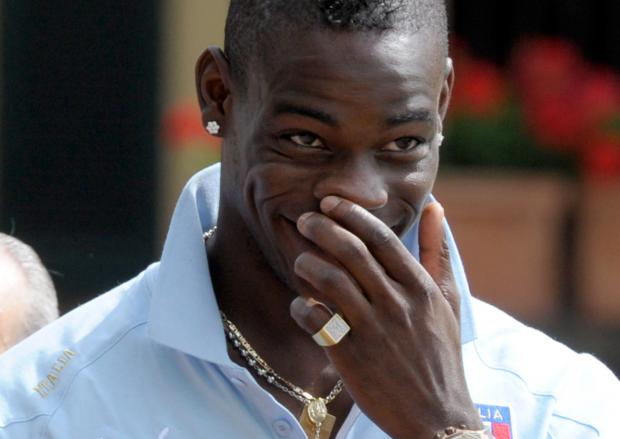