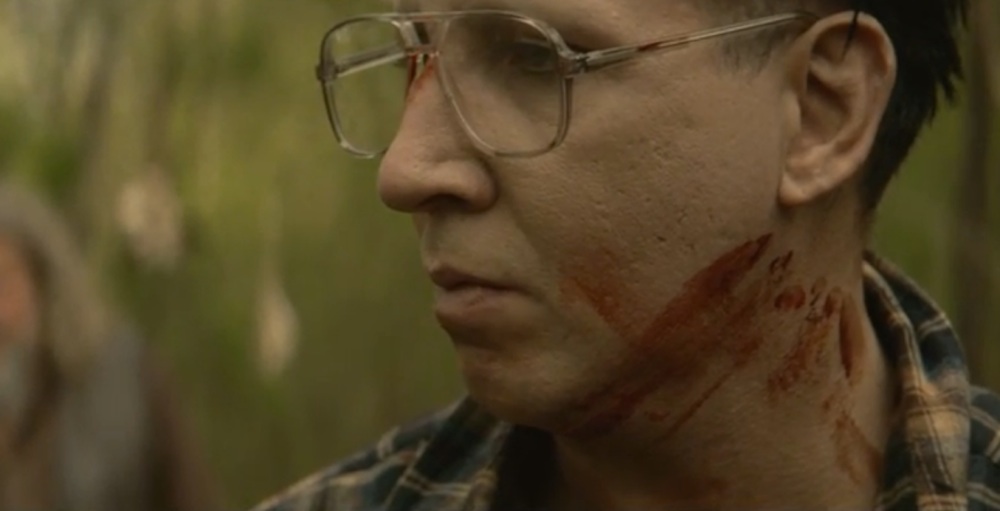 Despite the fact Manson isn’t native American, the movie looks like it’s going to be dope.

Marilyn Manson sometimes dabbles in acting when he isn’t being the God Of Fuck, with his most notable role generating some kind of critical acclaim in the final series of Sons Of Anarchy.

Now, he’s been tapped up to play a Native American hitman in indie movie Let Me Make You A Martyr. The movie looks pretty freakin’ awesome from the trailer – it’s pretty much a cerebral revenge movie with a son and a daughter hiring a hit man to murder their abusive husband – but predictably the internet has kicked up a fuss about Manson playing a Native American, even though he apparently has some Sioux in him on his mother’s side.

That’s probably fair enough really – there are blatantly some actually Native American looking people who could play the role and Manson is probably one of the whitest guys out there after Eminem – but the movie’s already shot now so there isn’t really much anyone can do about it, you might as well just not watch the trailer, go and see it or complain about it on the internet as all those things are only going to get it more publicity and make it more money.

I think it looks really good though and I’m probably going to go and see it when it comes out, Manson’s excuse was OK by me. See what you think below, then check out this really weird Marilyn Manson video where he rapes Lana Del Rey.