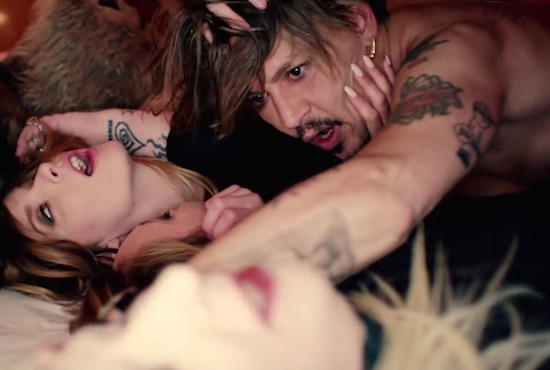 Marilyn Manson has been experiencing somewhat of a career renaissance following the release of his critically acclaimed recent album and he’s celebrating this by making some of the most depraved music videos of his career.

Yeah I haven’t really got a clue what’s supposed to be going on in that video but I guess it looked like it turned out alright for Depp in the end, right? Lucky bastard.

Song is kinda moody and cool too and slightly different to Manson’s usual have stuff. Yeah I know he does songs like this as well, but this still seems a little more low key and groovy than his other output before the Manson police start calling me out.

If you want to see some of Manson’s other recent efforts at music videos, click here. They’re all about as messed up.