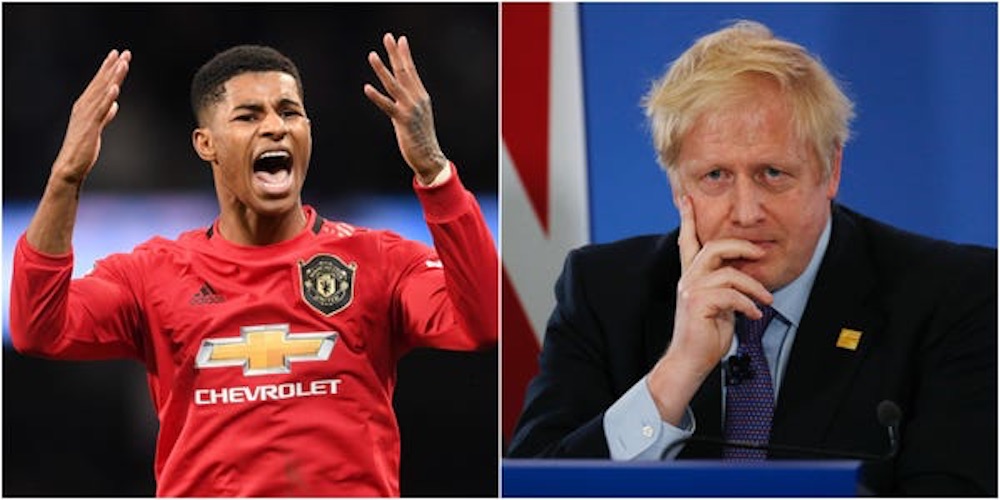 I don’t think that anyone saw Manchester United footballer Marcus Rashford taking on the government and actually winning when you predicted the news this week, but Rashford has only really been campaigning for a couple of days and he’s forced Boris Johnson into making the U turn.

Rashford was concerned that children would go hungry during the summer after the government said that they would stop the scheme that they had implemented throughout the Coronavirus pandemic where children that were normally eligible for free school meals received £15 a week vouchers to spend in their local supermarket as they were no longer attending school and able to obtain food that way. With the effects of the pandemic still in play and family incomes down and food banks struggling, it was thought that stopping the scheme over the summer holidays could lead to thousands of disadvantaged children going hungry.

Yesterday Boris Johnson said that he wouldn’t reconsider his position on the scheme, but today has caved in to pressure and announced that the scheme would continue over the six weeks of the summer holidays. It would end in September, when it was hoped children would be able to receive their meals in the normal way as all schools would be back in session.

I don’t even know what to say.
Just look at what we can do when we come together, THIS is England in 2020.

I mean you have gotta rate that a black superstar footballer – one of the most vilified groups of people in the country at times – has managed to unite the nation and achieve something like this so quickly. You could argue – and I’m sure many of the government supporters will – that it’s all a PR stunt for the government to show how compassionate they are when it was brought to their attention just what was going on here, but it still doesn’t make them look that good that they were denying these kids the meals in the first place? Sure some people will forget about that in their narrative.

And anyway, if Rashford hadn’t got involved then who knows whether they would have come around to this idea? You’ve gotta rate him for that – whack him in your fantasy football team this week as he’s obviously gonna score after he’s so buzzing over this. Fair play to the guy.

For more of the same, check out how Kyle Walker chose to spend his time in lockdown. What a contrast.