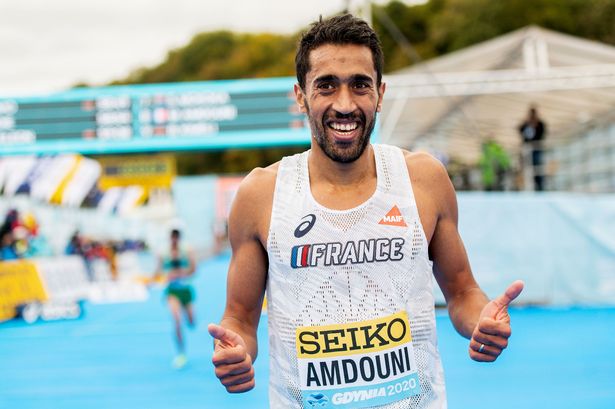 The Olympics ended over the weekend with an unusual incident during the men’s marathon getting a lot of attention, after French runner Morhad Amdouni knocked over a bunch of water bottles halfway through the race before picking up the last one and keeping it for himself in a display of shithousery that has seen some call for him to be permanently banned from athletic competition.

Amdoumi had been silent following his actions, but given the viral nature of his video and the massive social media backlash, he has now decided to speak up and try to explain what happened during the race:

Thoughts on Amdouni knocking over an entire row of water before taking the last one? pic.twitter.com/qrPaSzxLBW

To guarantee freshness to the bottles, these are soaked in water.

Which makes them slippery. However, it is clear that I am trying to get one from the beginning of the row but these barely slide we touch them.

With fatigue and all that, I was gradually starting to lose lucidity and energy, while hanging on.

In principle, I try to be able to share also during the race, the bottles of water, while respecting everyone and going high and proud, to be able to fight for our colours of the jersey.

Yeah not really sure if I’m buying that as the video does genuinely look like he’s just knocking them over, but maybe he’s telling the truth there? It sounded like the conditions were absolutely hellish for the race – with over thirty competitors dropping out due to dehydration and exhaustion – so maybe it really was that difficult for him to pick them up?

I suppose we should believe him as it seems like a really weird way for him to act and there doesn’t seem to be any reason for him to do it, especially as he wasn’t anywhere near the front of the race as well. Let’s see if anything official happens to him.

For more of the same, check out this guy who ran a marathon in his back year and live-streamed the whole thing. Show off.