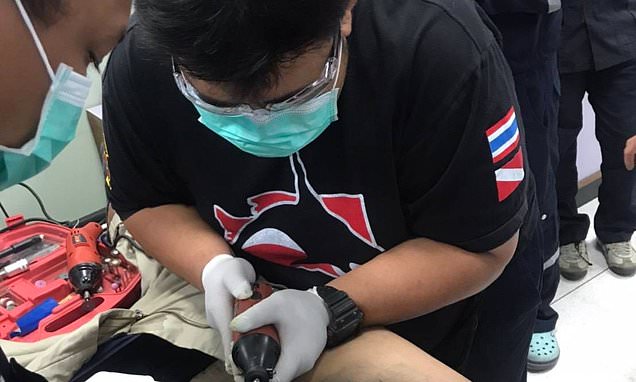 A Thai man’s penis began to rot after he got it jammed in a metal pipe for 5 days and only sought help when the pain became unbearable.

After climaxing, the tip had swollen so much the blood couldn’t flow back – and he was stuck inside the make-shift sex toy.

After enduring the pain for 5 days with his penis already rotting inside the contraption, the man finally called for help and was taken to hospital by volunteer rescue workers.

Paramedic Akachai Buapathum said they spent three hours cutting the metal from the man’s penis – but wasted 25 blades slicing through it. Akachai says:

When I first saw his penis it was already swollen.

The bolt and nuts he put on were 3mm thick and we had to cut them open with a small blade.

We used 25 blades and spent more than three hours on the operation.

The man had been experimenting with adding a black sock to his sex toy, but this was one of the reasons that he was stuck. 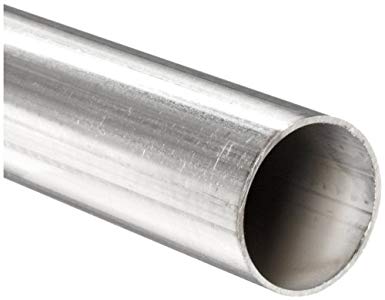 I don’t know if this Thai man will end up losing his penis but honestly he probably deserves to. If you don’t have the good sense to realise you have a serious problem when your dick is literally rotting inside a metal pipe then maybe you don’t deserve to have a dick at all. It’s that simple.

For the bodybuilder who had to call in firefighters after getting his dick stuck in a dumbbell weight, click HERE. Classic guys being guys.