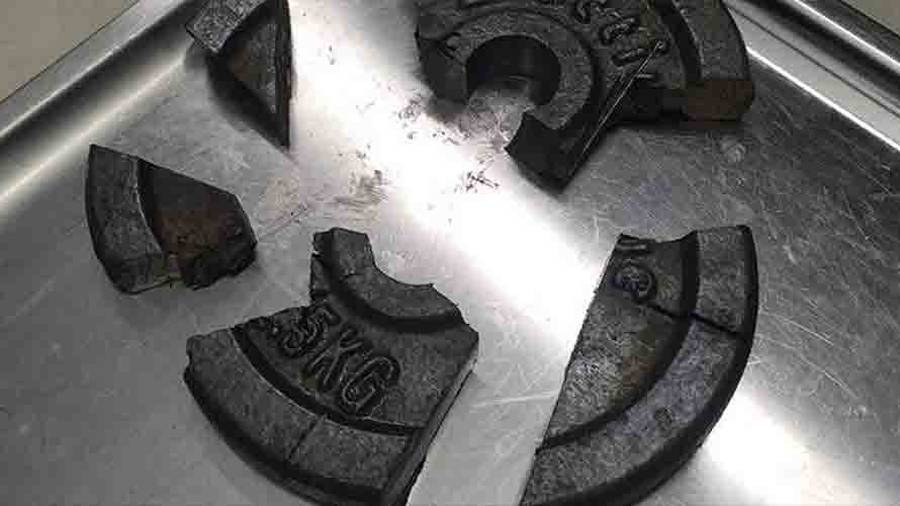 I’m sure we all know that there’s a hole in the middle of most weights so that you can add them to whatever machine you’re using, but I doubt that any of us guys ever thought that it would be a good idea to put our dicks in one of them.

Over in Germany however, a fitness fanatic thought it was a good idea and he predictably ended up getting his penis stuck in the thing. The situation got so drastic over in the town of Worms that he had to travel to the hospital to try and get them to remove his dick from inside the 2.5kg gym weight plate. 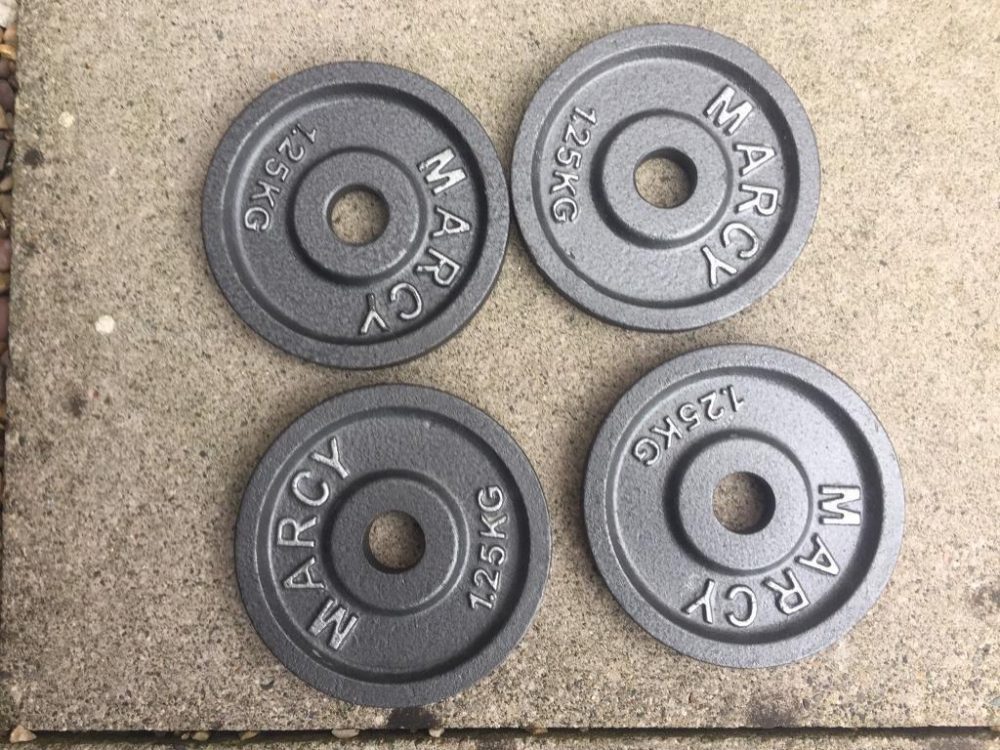 Unfortunately they didn’t have a clue what to do about it either and had to get the fire brigade involved. They sedated the guy and then spent three hours using an angle grinder and a hydraulic rescue device to get it off safely. They posted the photo on Facebook of it on the floor once they had managed to smash it off.

I’m kind of surprised that the guy was able to get out of it unharmed considering it’s smashed in so many different places, but I doubt that the fire brigade are lying to us about that.

They also advised people not to imitate the guy’s actions, but considering this is the only time this has ever been reported as happening in the last twenty years I think they should be OK on that one. I mean you’ve got to be really weird to even try that to begin with haven’t you? And even if you were considering it, after hearing this guy’s nightmare you’re probably gonna be put off. Just don’t do it.

For more dicks, check out this guy who officially has the largest penis in the world. He’d have trouble trying to get it into one of those little holes.