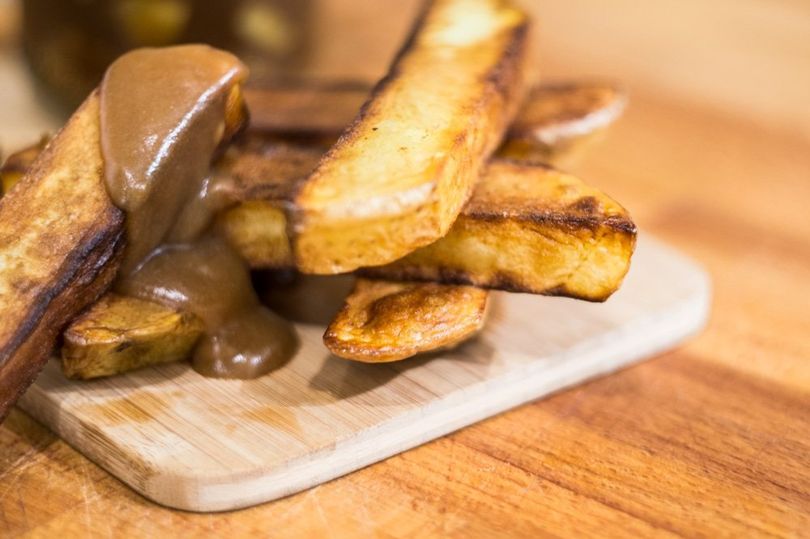 If there’s one thing that the North is known for, it’s chips and gravy and just gravy in general and now someone in Manchester has had the wonderful idea to open up a restaurant based on the beautiful condiment.

Imaginatively christened Gravy Bar, the restaurant is set to open in Manchester’s Northern Quarter next week. There’s pretty much no other details about it other than that aside from a Twitter feed and a website that doesn’t have a menu on it, but does say the following:

Gravy Bar is a deluxe cuisinery in Manchester’s Northern Quarter, launching in early 2017.

It’s the first of its kind and our own true homage to the finest part of the Sunday roast: Gravy.

The gravy train is coming.

Intriguing. The Twitter feed isn’t much more revealing, although it did offer the following titbit a couple of days ago:

We are about a ladle’s-width away from launch next week. Seriously, check out one of our hand-carved ladels…! pic.twitter.com/iihh6sXJDu

In any case, I hope it’s real. Can you imagine how sick a restaurant dedicated solely to gravy would be? Can’t wait to see some of the menu items they’re going to come up with. Even their one promo shot of the dripping chips above has my mouth watering. If it isn’t real, somebody should definitely do it ASAP.

For more gravy, check out mashed potato and gravy on tap in Singapore. Heading there immediately if this turns out to be a ruse.