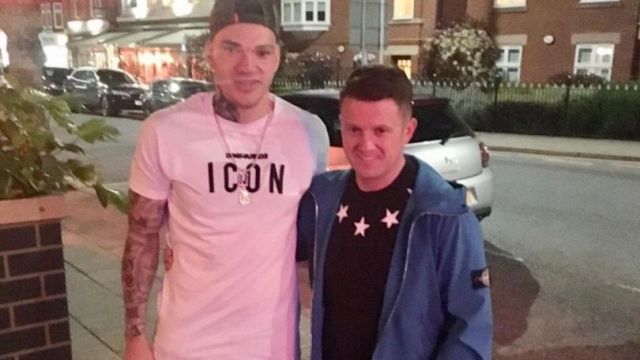 Even though I don’t really support the values of characters like Tommy Robinson, I’ve gotta admit that I do find it funny when they manage to dupe celebrities into photos with them and then play it off like it’s an endorsement. It’s just jokes isn’t it?

The latest character to fall prey to this trick is none other than Brazilian Manchester City goalkeeper Ederson. Not sure who Tommy was trying to appeal to with this picture – Manchester City fans? Brazilians? People with neck tattoos? – but he nevertheless got the snap and whacked it up on his social media, only to be quickly rebutted by Ederson himself via his own social media.

“People have made me aware of who this guy is. I definitely not support this guy or his ideas. He just stopped me for a picture. I had no idea who he was” (do not be a liar) https://t.co/IkjTOUmcfE

You gotta love that really haven’t you? Ultimately it serves literally no purpose because it just makes Robinson look like a liar and an idiot as well as a massively  insignificant as Ederson didn’t even have a clue who he was.

No idea why Tommy was even trying to pass it off as being real either as I doubt Ederson is a popular enough figure to really turn voters in his favour, but I’m not a political candidate so what do I know? Maybe the Ederson photo will be remembered as the tipping point in his legendary campaign to become an MEP, but I think you’ve got more chance of Man City doing the quadruple this year. Too soon?

For more Tommy Robinson, here he is calling himself the king of Islam when he’s clearly on a cocaine bender. Fantastic PR.