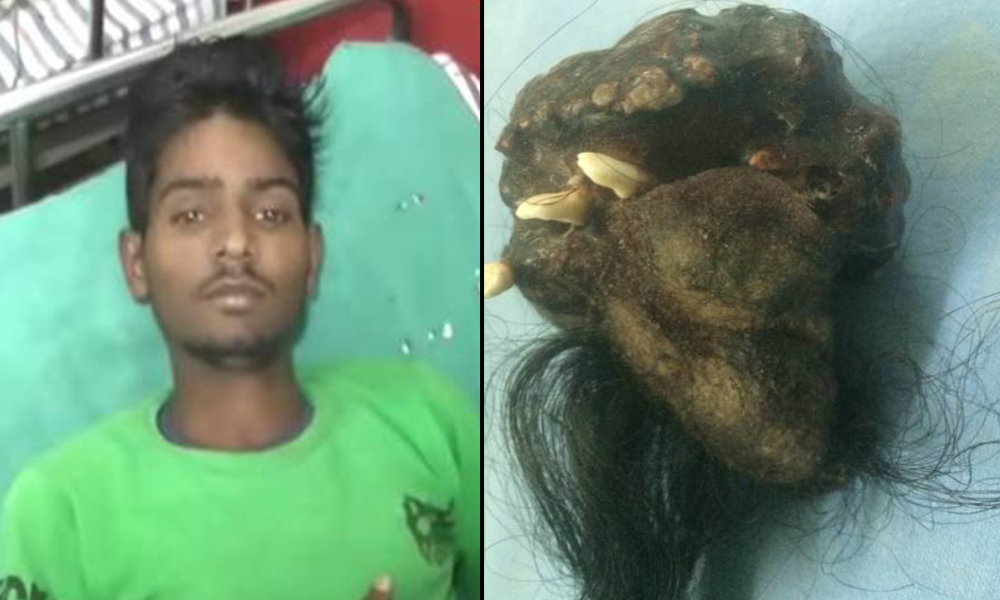 Well, this is grim.

Lots of people complain that their sibling is a pain, but how many mean it literally?

Narendra Kumar had a bad belly ache that landed him in hospital. I say ‘belly ache’ – extreme pains, vomiting and weight loss. The 18 year old underwent doctors tests that resulted in this horrific find. 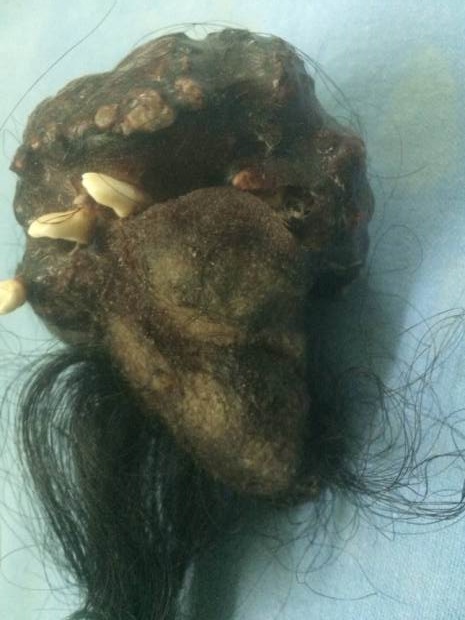 A 2.5kg chunk of bone, hair and teeth that had formed an ‘umbilical chord like’ structure inside him. Gross.

It turns out it was his parasitic twin. Narendra had a rare condition called ‘foetus in fetu’, which develops during pregnancy with twins. It’s weird. One feotus enters the other through the umbilical chord, and lives inside as a parasite. He’d had it living and growing inside him his entire life.

Dr Rajeev Singh said that they only found the parasite when they operated on him.

Technically, the foetus was alive and was growing due to metabolic activity in his body.

In the three-hour-long surgery, we removed a mass of malformed baby which had hair, teeth, a poorly developed head, a bony structure of chest and spine, with lots of yellowish amniotic-like fluid in the sac.

So… Yeah. Next time you have a stomach pain, just think, it could be your parasitic twin brothers teeth digging into your abdomen. Enjoy that thought. They could even father your children.