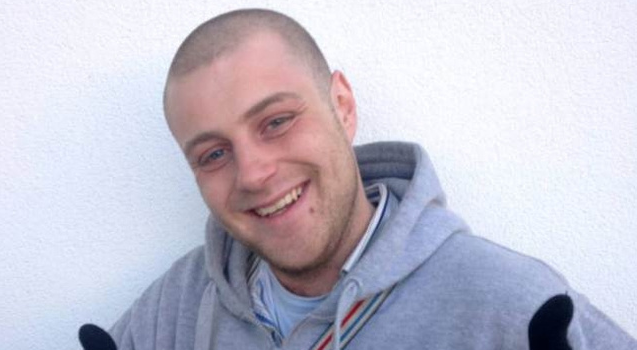 If you film yourself having sex with a woman who’s asleep, then surely you’re a rapist and the evidence is pretty much indisputable? Apparently not.

For some reason back in May/June, a 22 year old man from Ipswich named Stephen Brawn thought that it would be a great idea to film himself having sex with a woman who was asleep and then upload it to his Facebook page so everyone could see it. Really great idea that mate, especially when it leads to you getting arrested for rape shortly afterwards.

Amazingly though, Brawn was found innocent of rape and got off scot free after claiming that the woman asked him to film her having sex with him whilst she was asleep so that she could watch it later. Obviously that’s completely weird but I guess there isn’t a lot to do in Ipswich so people have to get their kicks somehow.

The woman obviously had a completely different story to this and said that she never consented to the sex or the recording and felt like she was raped, hence taking the case to court. Brawn himself was always confident that he would be found innocent though and is even quoted as saying that he laughed when the police arrested him as he found the allegations so ridiculous.

Brawn said that he had a history with this woman and if the police had just done their job properly and looked at her mobile phone – which had a number of sexts and indecent images on it – then the whole matter would have been resolved a lot more quickly than it has been. He also said that immediately following the sleep sex he watched the footage back with the woman and then they had sex again whilst watching it – which is kind of weird again, but I guess that’s just what some people have to do to get off around those parts.

My favourite part of the story though is when Brawn’s own lawyer asked him why he put the video up on Facebook. His answer: “I don’t know”. Smoothly thought out defence there pal. I think that he was found innocent because he admitted that he had sex with her whilst she was asleep and put the video up on Facebook, but there was enough evidence to suggest that the woman actually wanted that to happen, aside from the Facebook thing.

It sounds like she was well into it but just got completely embarrassed when the footage went up on the Internet and so decided to play the rape card. The fact that it only took a jury of both men and women one hour to decide a unanimous not guilty verdict kind of illustrates this.

The lesson of all this is that if you’re having weird sex with someone and filming it, don’t put it on the internet because you could get in all kinds of trouble.