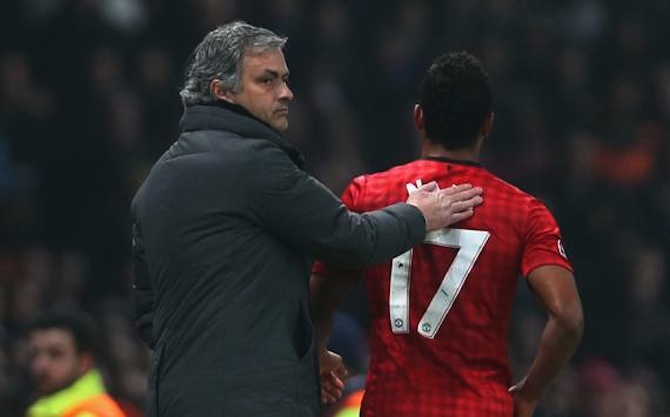 Some dumb ass Manchester United fan was so shocked with the referee’s decision to sen off Nani on Tuesday that he decided to call 999 to report the incident as a crime.

In case you missed it, Nani got sent off during Tuesday’s Champions League match between Manchester United and Real Madrid. As usual when a red card is produced (especially in such a high profile game), there is always an uproar of protest from one team’s set of fans and a general consensus that the referee got it right by the other set of fans. In this case, I’m pretty sure that it shouldn’t have been a red card (I’m neither a Manchester United nor Real Madrid fan), and it seems that a lot of people agree with me. But it turns out that one Manchester United fan was so distraught about Nani’s sending off that he actually dialed 999 to report the incident.

At 9:30PM on Tuesday evening, an 18 year old Manchester United supporter who was so disgusted with the ref’s decision to send off Nani, picked up his phone and called 999. He believed that the ref’s decision to pull out a red card was in fact a crime and needed to be reported. The police were obviously pissed off about this dumbass wasting their time but it’s hard to not see the funny side of this prankster’s 999 call.

“While this recent example may be amusing, it illustrates the sort of insincere calls we have to deal with on a daily basis in the control room.

“They waste our time and they direct us away from genuine victims of crime, particularly if we dispatch officers out to something that turns out to be a bogus report.

“I would ask people to think before picking up the phone for emergency services. I would also advise parents to ensure your children are aware that prank calls and the reporting of made-up crimes is a crime in itself.

“There may be people out there in real trouble who need our help and they have to wait because we are tied up with calls like this one, reporting a referee from the television.

“It’s no joke. In this case, the man realised his bad judgement and apologised, and we decided not to pursue it further – but we can and we do prosecute people for wasting police time and making false reports.”

Sick Chirpse would encourage anyone who finds themselves picking up the phone to report a referee’s decision to the police to seriously consider their mental state. That is not a normal thing to do.

Arsene Wenger Has A Meltdown In A Press Conference

Is This The Stupidest Free Kick Ever?