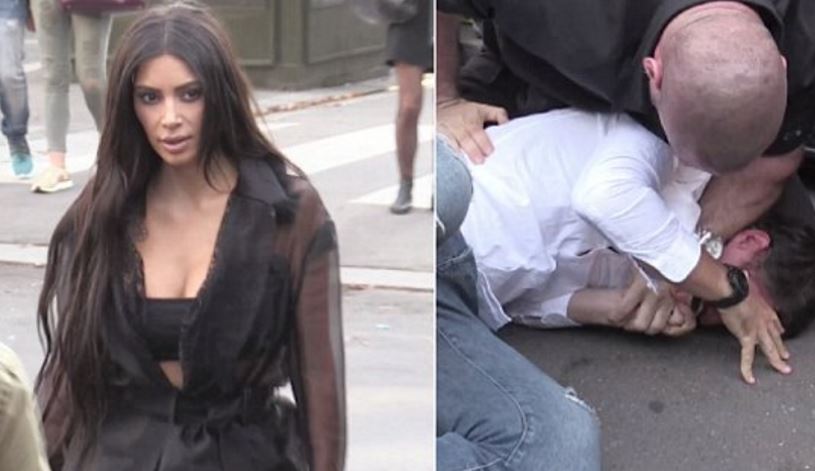 Kim Kardashian almost got some random dude’s tongue up her butt as she was taking a stroll through Paris.

Luckily her security grabbed the guy in the nick of time:

Apparently it’s the same guy who grabbed Gigi Hadid that one time (around 0:55):

What’s going on with this guy? Does he just love getting elbowed in the face by supermodels and bundled by security guards? Must be a “social experiment” of some kind knowing people these days.

One thing’s for sure though, Kim K has way better security than Gigi Hadid. Though not sure if he’s as good as Riff Raff’s bodyguard.