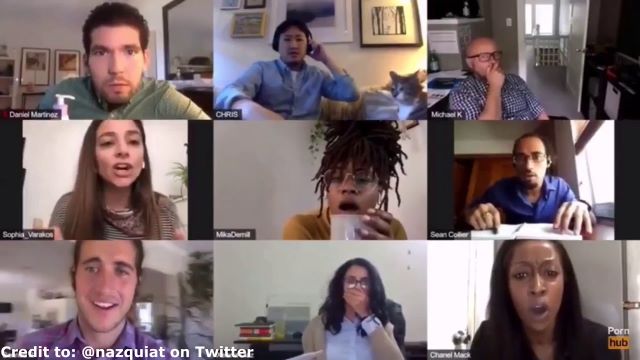 It doesn’t get much more embarrassing than this.

We all knew the moment the world began implementing work-from-home strategies in the age of coronavirus, that a whole bunch of disastrous Zoom conference call moments would be going viral in no time.

Sure enough, this guy named Daniel Martinez managed to get the horn while discussing work topics with his colleagues over Zoom. Having gone though the topics that were relevant to him, Daniel decided to exit the meeting early… or so he thought:

Damn Daniel! I had to watch that like 10 times so I could focus on a different person’s reaction each time. Big up Chris who got straight on the phone to try and call him up and warn him. The funniest part is Daniel probably declined the call so that he could carry on wanking to completion.

For the gamer who accidentally had a wank in front of the world after completely forgetting that he was livestreaming, click HERE. Mortifying.