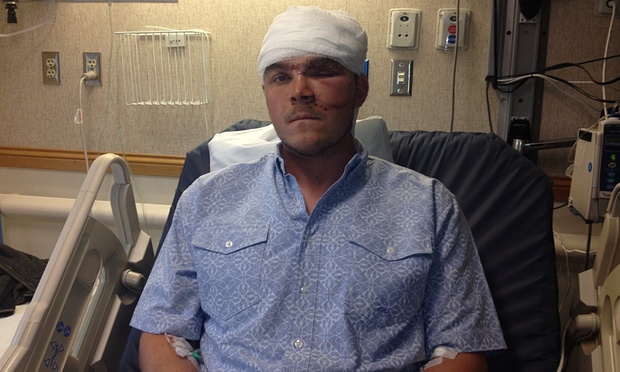 Take a bow mate – what a story.

26 year old Chase Dellwo managed to startle a 400lb sleeping grizzly bear while out in the woods near Choteau, Montana, but remembered a life-saving piece of advice his grandma had told him as the bear began trying to maul him to death.

Chase was only three feet away from the bear when he noticed it, and hadn’t seen it coming possibly because of the snow, rain and winds reaching 40mph at the time.

He said he only had time to take a few steps back before the bear knocked him off his feet and started biting his head. It then bit into his leg and shook him around before throwing him into the air.

He let go but he was still on top of me roaring the loudest roar I have ever heard. I remembered an article that my grandmother gave me a long time ago that said large animals have bad gag reflexes. So I shoved my right arm down his throat.

It actually worked and the bear couldn’t run away fast enough.

As well have as having balls of steel, Chase has an awesome attitude toward the whole incident:

I want everyone to know that it wasn’t the bear’s fault. He was as scared as I was. 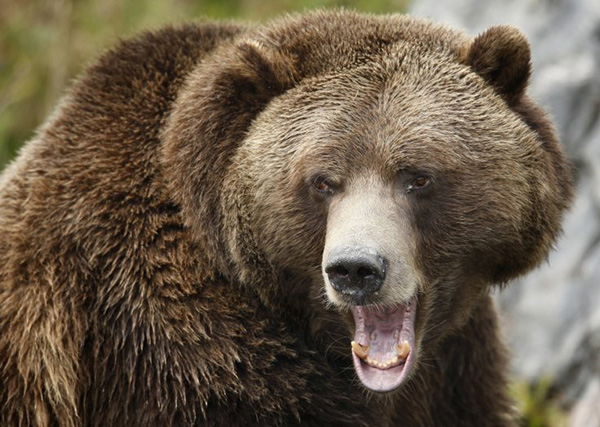 I guess the advice I always heard which is just “play dead” is a load of nonsense — turns out what you’ve actually got to do is shove your arm down the bear’s throat. Now I think about it playing dead is one of the dumbest things you can do because won’t the bear just start eating you or drag you further into the woods to save you for later? It makes so much sense now to just ram your first down its mouth. They start gagging and have no idea what’s happening so just run for it. Cheers for the tip, Chase’s grandma.

Here’s a video of another guy who actually caught footage of a grizzly trying to kill him with his GoPro.