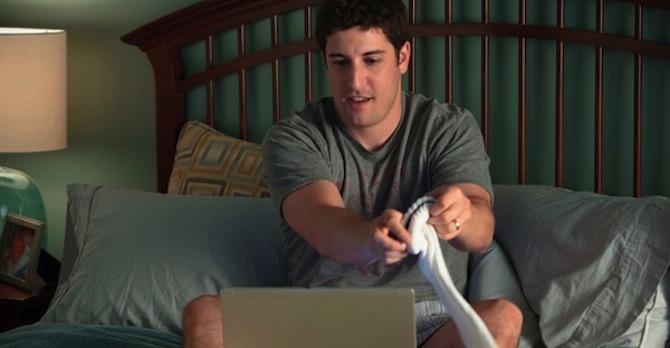 A man who lost his family due to his smut addiction is suing Apple for not protecting him from hardcore websites.

A 36-year-old Tennessee man was so addicted to pornography that his wife and kids left him. Now he’s suing Apple, claiming the company failed to install any filter in its devices to prevent him becoming addicted in the first place. In his lawsuit, he brands Apple a “silent poisoner”, responsible for the proliferation of “arousal addiction, sex trafficking, prostitution and a number of destroyed lives”.

The man claims his addiction began when he “accidentally” searched ‘Fuckbook’ instead of ‘Facebook’. He said Fuckbook “appealed to his biological sensibilities as a male”, and he was helpless to stop his addiction taking over his life and wrecking his family.

So, is the blame Apple’s? Shouldn’t some of the fingers be pointed at Fuckbook.com? The inventor of the Internet? The smut industry? Himself? Suing Apple for manufacturing the Mac you watched endless smut on is like blaming your cutlery for being overweight.

â˜› Next: Kids With Smart Phones – Not A Smut Problem, But A Parenting Problem

Just another waste lawsuit it seems.