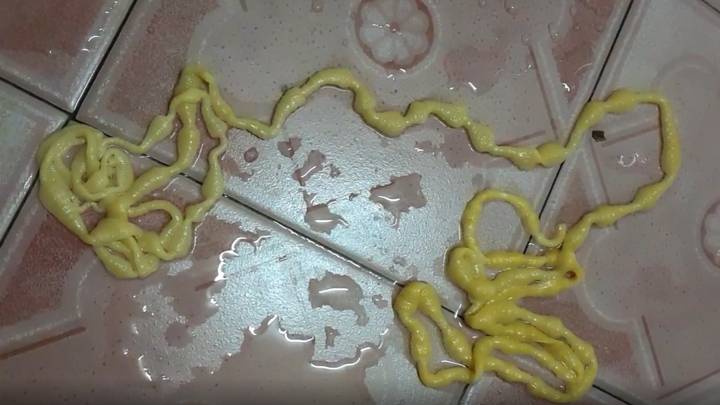 Ever since I was little kid and I saw that terrifying episode of ‘The X Files’ entitled ‘The Host’ about a giant mutant tapeworm that lived in the sewers, I’ve been scared shitless of them and stories like this aren’t going to do anything to change that any time soon.

We’re over in Thailand for this one, where 34 year old Duangchan Dachyoddee had been suffering from stomach ache at his home in Nakhon Sawan in the northeast of the country. He decided to go take a shit as this normally helps in these kinds of situations, but when he felt something touch his legs he looked down and saw the yellow worm hanging out of his asshole and dipping into the toilet water below him, kinda like one of those gross creatures from Half Life.

Duangchan was understandably distressed at the sight of this and feared that an alien had somehow found its way into his bowels. So, he did what any reasonable man would do it that situation and yanked it all the way out of his asshole. It took some time.

When he had finally managed to pull all of it out of his butt, he then took some pictures of it writhing around on the floor of his apartment, so he could sell his story to the papers and let us all know how traumatic it was for him: 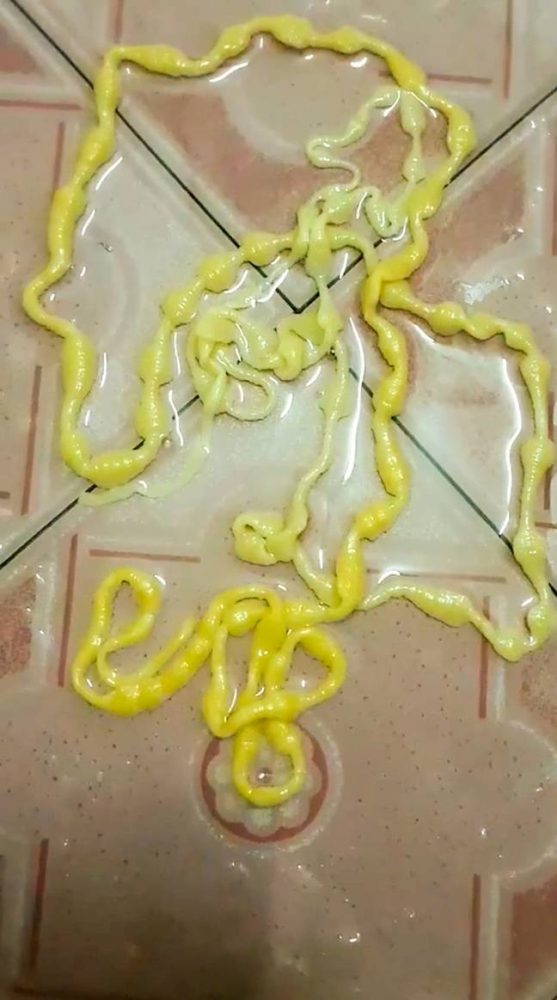 I couldn’t believe how long it was.

I kept pulling and it was still stuck in my bottom.

When the whole worm came out I measured it and it was five metres long.

I thought it was an alien.

That thing had been living inside me for a long time.

Jesus. Could you imagine how distressing and violated it would make you feel if you found that thing creeping out of your ass? I just don’t even want to think about it whatsoever. Terrible flashbacks to that episode of ‘The X Files’. Gives me shivers just thinking about it.

In case you’re interested on just how this massive worm ended up in Duangchan’s intestines, the doctors told him that it found its way there after he had eaten some raw meat that another tapeworm had laid its eggs in. Once they were inside his body, one of them hatched into this and the rest is history.

Sadly, this also means that there are probably a whole bunch more worms living inside Duangchan’s stomach, but thankfully the doctors have prescribed some medicine to sort that out. He says that the thought of them wiggling around inside him makes him sick though and I’m not surprised in the slightest. Ew.

For more of the same, check out this guy who found a 32 foot tapeworm up his ass. Makes Duangchan look like an amateur.