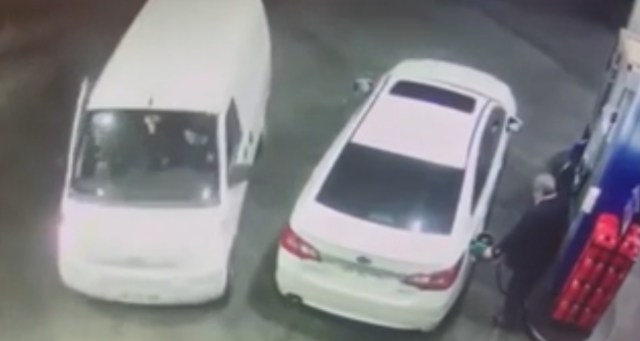 This guy gets it.

When you’re at a petrol station and are suddenly confronted by a trio of robbers asking for your keys and wallet, there’s no use trying to fight them off with your non-existent martial arts skills, is there? Especially when you have something in your hands that can turn the tiniest spark into fiery devastation.

Even with the spontaneous pressure of a 3-on-1 situation, this man was alert enough to deal with the danger in the best way possible:

Excellent. That right there is a man who gets it. Yeah OK he might have lost a few quid spraying those robbers with gasoline and his car/clothes will probably carry the faint smell of petrol for the rest of eternity, but at least he didn’t get viciously robbed, right? What a dream to be able to handle that situation so perfectly. Hopefully that first guy eating a gallon of petrol forgets all about it before he sparks his joint later.

For the petrol station employee who managed to steal $17,000 worth of stock on his first shift, click HERE. The audacity!