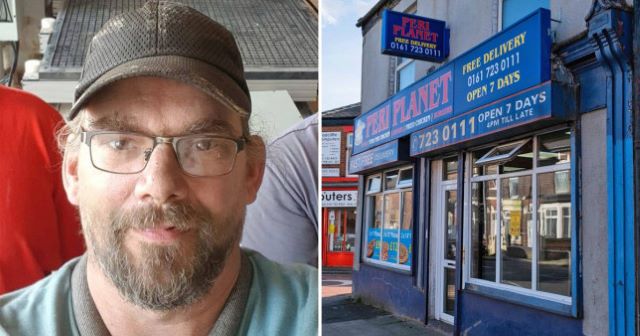 A man who snapped after repeatedly finding Just Eat delivery drivers blocking the entrance to his home got his revenge by throwing a smoke bomb inside the ‘Peri Planet’ takeaway and causing absolute pandemonium.

Brent Hodges, 46, who lives next to the fast food shop in Radcliffe, Bury, flew into a rage when he returned home to find drivers congregated outside on January 31 this year.

As per the Metro, the forklift driver went inside his house at 11pm and came back out with a paintball smokescreen device.

Eyewitnesses said they saw him ‘chuckling’ to himself as he hurled the bomb inside the Peri Planet takeaway in Ainsworth Road and sent green smoke billowing over everyone there. 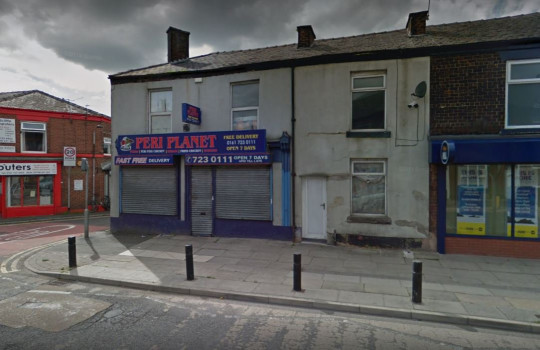 Unfortunately, his prank triggered a major security alert, with armed officers and even a police helicopter turning up at the scene.

There was some provocation and you say you were at the end of your tether, but this was a wholly inappropriate way to deal with it.

It’s clear that you had a long-running dispute with the owner of the takeaway and there were a number of delivery vehicles, which you say were blocking the area outside where you live, close to the takeaway. This was over a number of months.

On this particular day, you came home, saw the situation, and as you say, you “lost it”. You used a paintball smoke screen and put it in the takeaway and went home.

The court heard the manager of the takeaway, Nadeem Critchley, and two colleagues later went round to confront Hodges. He then took a BB gun out of his dressing gown pocket, and warned them: ‘Don’t knock on my f-cking door again or I will shoot you.’ 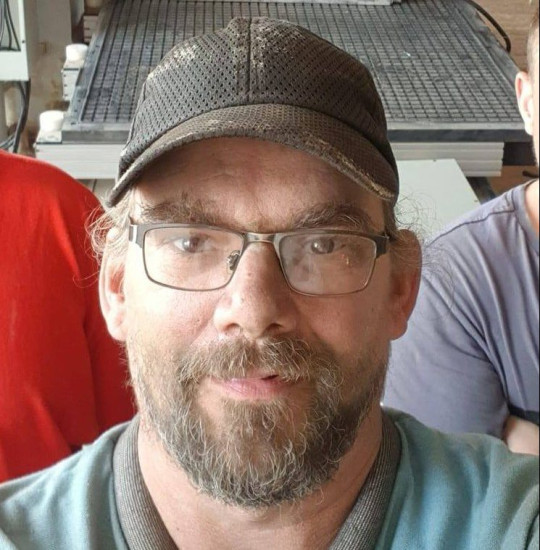 They were banging on your door. You were worried about what might happen, so you took a BB gun with you. It didn’t look like a real gun but at the time of night, others were not to know that.

There was a verbal argument. You said you had been in bed then you took out the gun. ‘You said if they knocked on your door anymore, you were going to shoot them. The complainant then said, “Go on then, shoot me” in an act of bravado.

For a moment, he no doubt thought you were intending to shoot him but I accept that wasn’t the case. You clearly intended to frighten them away from your door but there was no indication you intended to cause injury.

Hodges pleaded guilty to possession of an imitation firearm with intent to cause fear of violence, and was given a 12-month prison sentence suspended for two years. He must also complete 120 hours of unpaid work. Which I guess isn’t too bad because he’ll avoid prison time if he just behaves himself for the next two years. Which shouldn’t be an issue as Hodges has since moved from the property and so won’t have to worry about Just Eat vehicles parking up outside his home again. For Peri Planet’s sake let’s hope the new tenants don’t mind.

For the mum offered free pizza as compensation after being groped by a Domino’s delivery driver, click HERE. Not good.