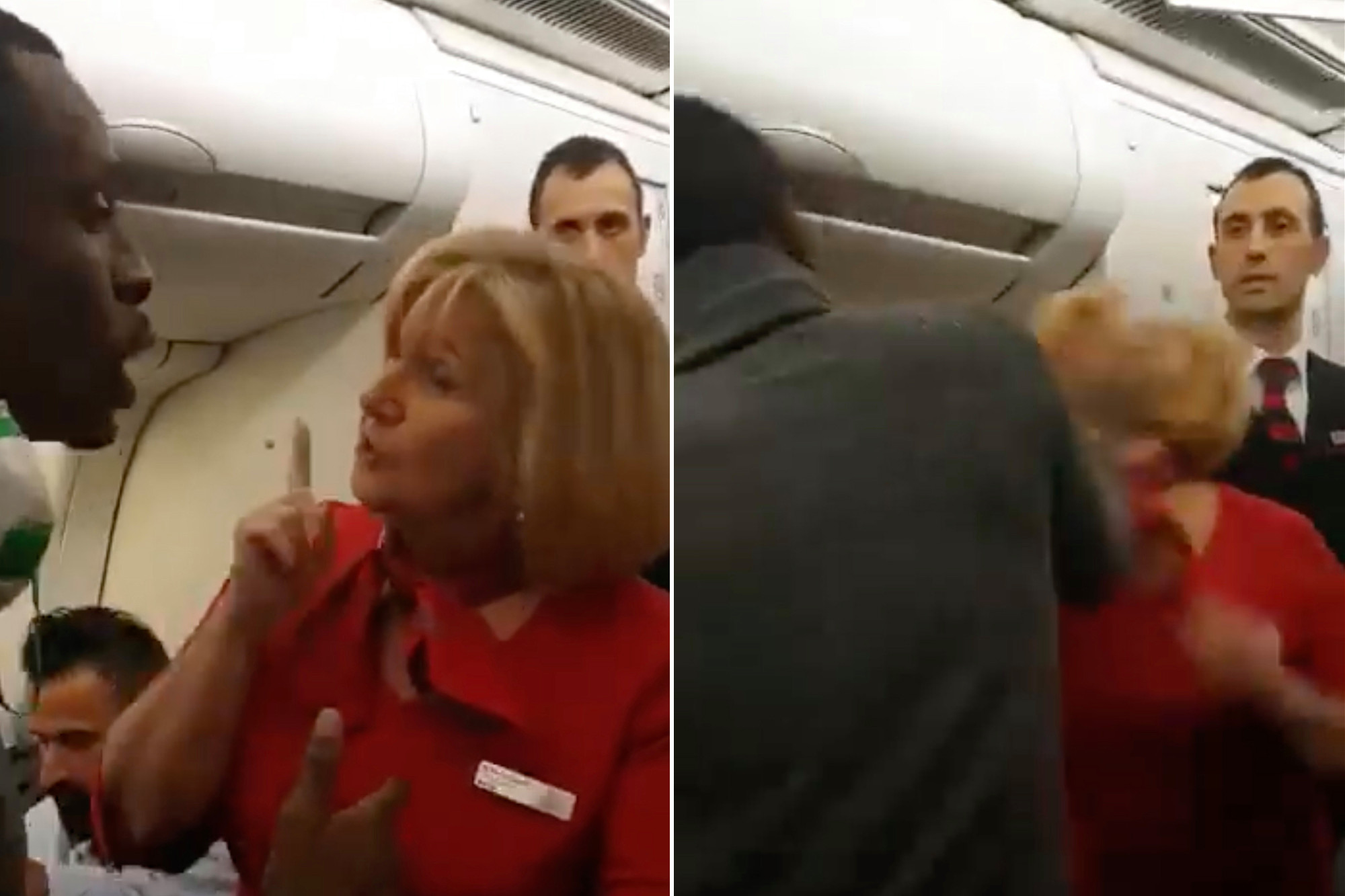 What would you do?

An unhinged passenger aboard a Brussels Airline flight slapped the hell out of an air stewardess after she had slapped him for screaming and spitting in her face during a heated argument.

According to The NY Post, the man flipped after cabin crew ‘refused to help’ his mother-in-law as she was being ‘elbowed’ by two men on the flight.

As you can see, it’s impossible to reason with the guy (slaps come in the final 10 seconds of the video):

Absolute madness. Apparently that’s his wife filming the whole incident and it looks like she’s just as dumb and hysterical as her husband is. She shared her side of the story anyway:

The man is complaining about TWO men who were sitting on the sides of his Mother-in-law and elbowing her as she was sitting in the middle seat.

She slapped him. The men who jumped on him broke his ribs and the police drug him down the plane’s steel stairs despite the man asking for medical attention prior.

To be fair, she’s right. The supervisor did slap her husband first. But only after he’d showered her face in saliva because he was screaming so violently at her. I guess that’s technically assault so you could say he got physical first?

In all seriousness, how did he think the outcome would ever go his way when he’s behaving like that on a damn plane – basically the #1 place where you shouldn’t act like a raging lunatic these days. Fair play to everyone else jumping in after he’d hit her – it could only have got worse from there.

For the idiot plane passenger who sparked a cigarette and started smoking it until other passengers snitched on him, click HERE. What planet is that guy on?