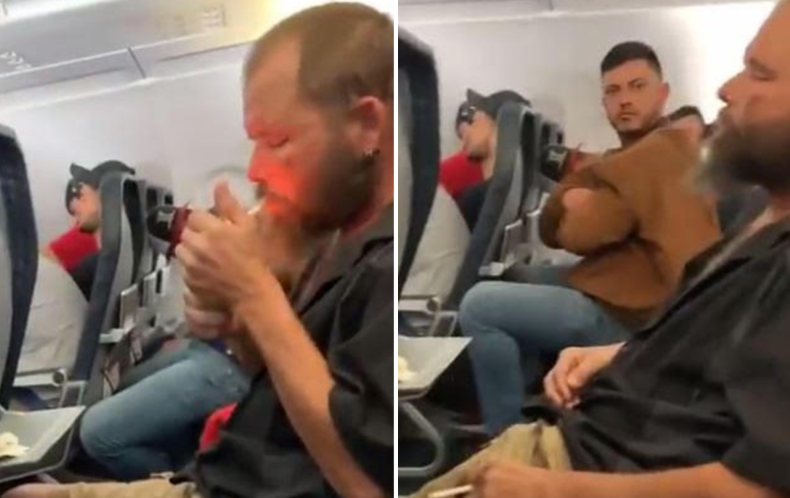 Smoking on flights has been illegal for 20+ years now, and with those ‘No Smoking’ signs being permanently lit through every flight, there’s really no excuse for not knowing that you’re not allowed to smoke on planes.

So this passenger casually pulling out a fag and lighting up like it’s the most normal thing in the world just boggles the mind really:

Now that I think about it maybe it’s not that mind-boggling, because this guy looks like someone who smokes in places he’s not allowed to smoke all the time. If he gets the urge for a nicotine hit he’s sparking one up no matter where he is, even if it’s 30,000 feet in the sky and trapped in a metal container with a bunch of other people who’d rather he didn’t.

It also seems like he completely forgot he was on a plane. I think from his reaction that he legit thought he was at home on his couch.

The best part of the video though has to be the guy who snitches on him. The way he goes from shock at realising someone is smoking in his flight… 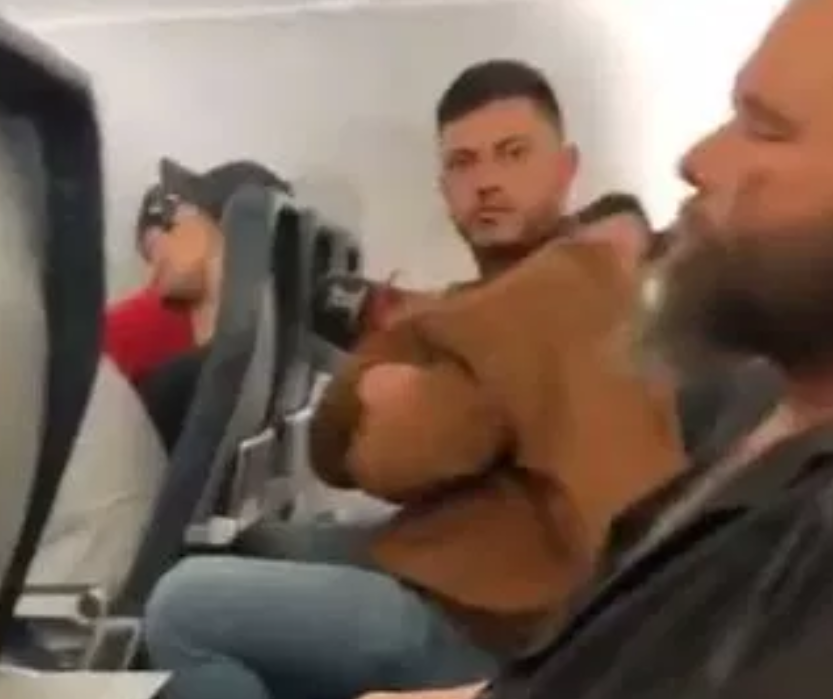 To the sly way he presses the call button and points the flight attendant over at him…. 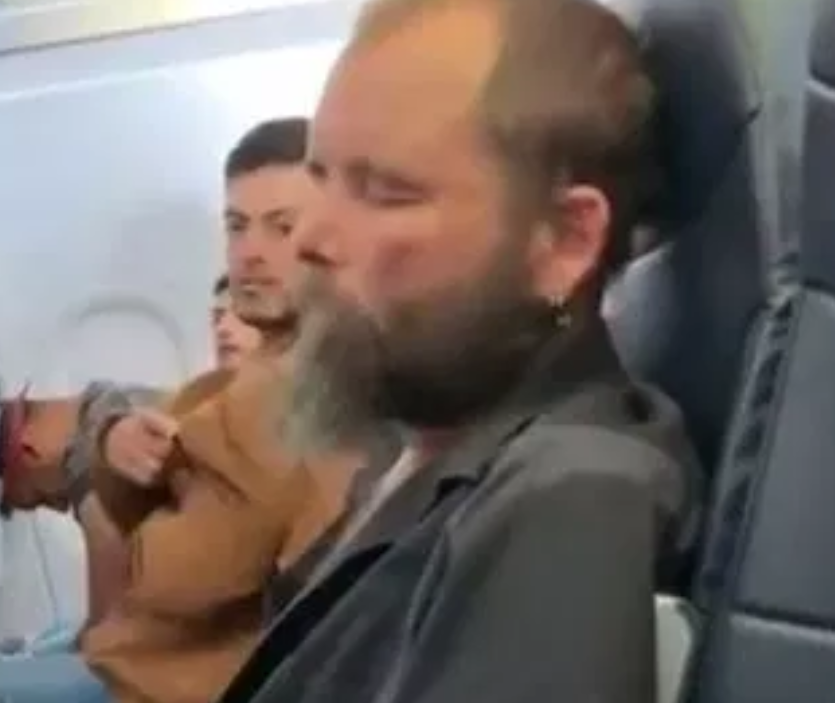 The man was removed from the flight first after landing and met by airport police.

Still, would you rather be sitting next to this guy on your flight, or the passenger with the horrific, pus-oozing leg wound (NSFL). I know which one I’d pick.