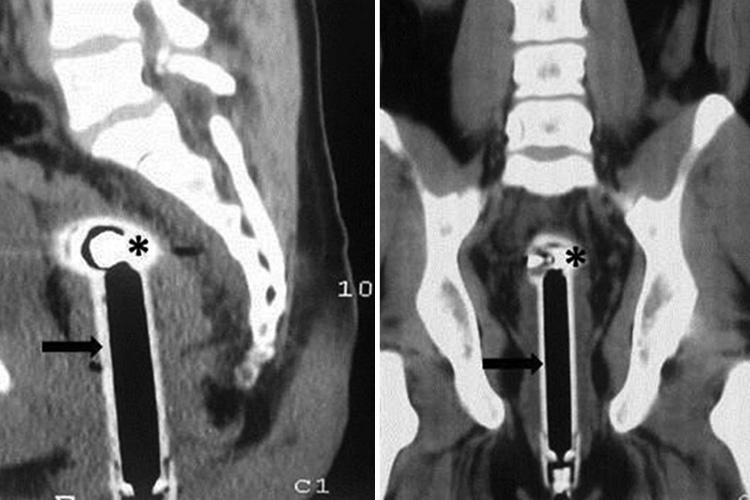 It seems like people are always getting weird items stuck up their butt and having to go to the hospital to sort it out and then getting completely rinsed by everyone for sticking weird things up their asses. You’ve really gotta keep those things behind closed doors guys.

The latest person to join the long list of people we’ve featured on Sick Chirpse is an anonymous man who recently visited Ram Manohar Lohia Hospital in New Delhi with a shower head stuck six inches up his butt. He told doctors that he had suffered a fall and 100% hadn’t stuck it up there himself but I don’t think that anyone believed him whatsoever because there is literally no way that you would slip over in the shower and you would land on a shower head with such force that it would get permanently stuck in your ass. Literally unbelievable.

The guy also managed to unscrew the shower head from the actual shower/wall which again adds some element of suspicion to his story as I imagine that that would be pretty difficult to do when it was stuck up his butt. Especially lucky that there was a screwdriver in range for him to be able to get it off. Very, very lucky.

Anyway, despite the fact the shower head was rammed pretty far up his butt, there wasn’t any bleeding and he was in a stable condition. The guy was placed under a local anaesthetic and the doctors operated on him and successfully removed the shower head after an operation. He was allowed to go home only 48 hours later and it seems like he’s doing OK now. 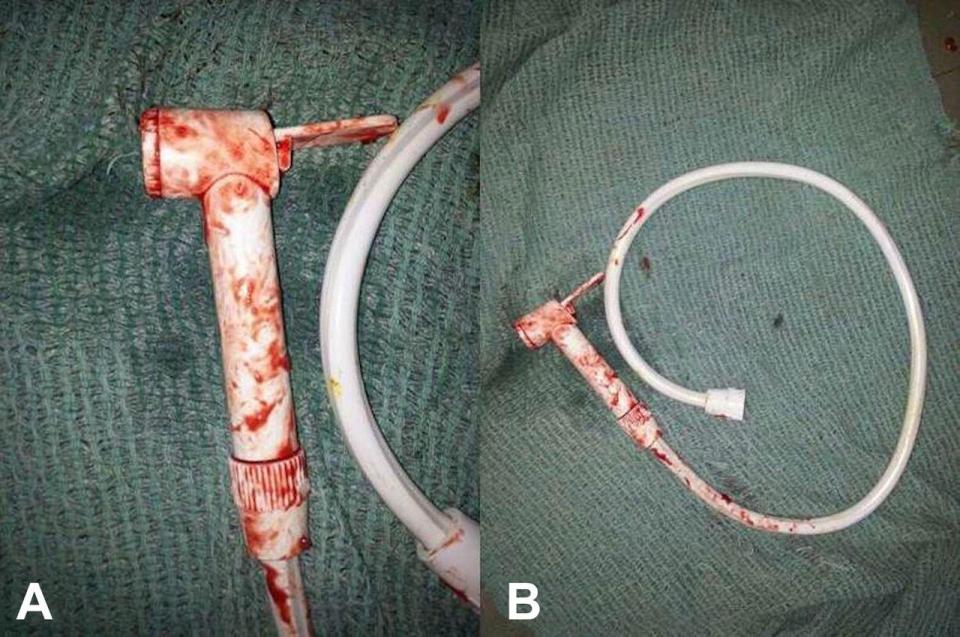 Dr Peeyush Kumar wrote the following about the case:

A proper history and examination is mandatory to look for signs and symptoms of perforation and infection, such as fever, severe abdominal pain and bleeding.

History is often ambiguous and incomplete due to a high level of embarrassment and social stigma attached to the condition. The same was seen in our case.

Fortunately we have a lot of experience with foreing objects being inserted into people’s anuses and becoming stuck.

Insertion of objects for auto-erotic purposes is the most common cause of rectal foreign bodies.

Other common causes include accidents and assaults. The presentation is often delayed, and history is often improper.

Two-thirds of the patients are males in their 30s or 40s, who use such objects for auto-erotic purposes.

Doesn’t sound like anyone was believing him there eh? And quite rightly so because it’s ridiculous. At least he turned out OK though, even if he is a liar.