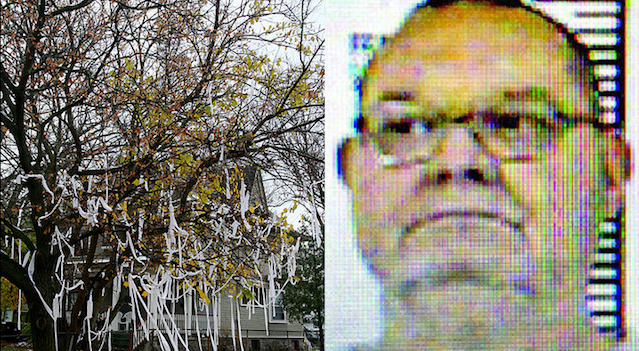 A normal reaction might have been to shout at them, but this guy decided to get all Michael Douglas on them.

Over in Estill Springs, Tennessee, a 65 year old man named Dale Bryant Ferris decided to shoot a teenager with a shotgun after he saw him toilet papering his neighbour’s yard. Overreaction much? What makes it better is that it wasn’t even this guy’s yard so he couldn’t even have growled ‘Get off my land’ whilst he was threatening them with a shotgun.

The teenager – who was with a couple of other friends – drove over to his high school principal’s house that night to toilet paper it as a Halloween prank, which is something that you would think is perfectly acceptable in an American suburb and a risk of being a high school principal that the guy was probably aware of. However, despite this Dale Bryant Ferris felt like it would be a good idea for him to get involved.

I don’t think he even shouted at them or anything before he unloaded two shots of his shotgun at them. One shot hit one of the teenagers in his foot, thigh, torso and waist. Local law enforcement officer Chris Guess described his wounds – ‘He got peppered up pretty good.’

Surprisingly, Dale Bryant Ferris was actually arrested for shooting at the kids (this is America remember, stuff like that seems to go on all the time) on charges of reckless endangerment and  but ONLY because the kids weren’t on his property – if they had been then he would have been perfectly entitled to pepper them up pretty good. That’s terrifying in its own right. He’s currently out of prison on a $125,000 bail bond.

In a move that suggests that there are perhaps some sane people in the United States, the high school principal – a guy called Ken Bishop – decided not to press charges against the kids toilet papering his house. Everything else about this story is pretty much the perfect illustration of why America and its laws/values are totally screwed up.