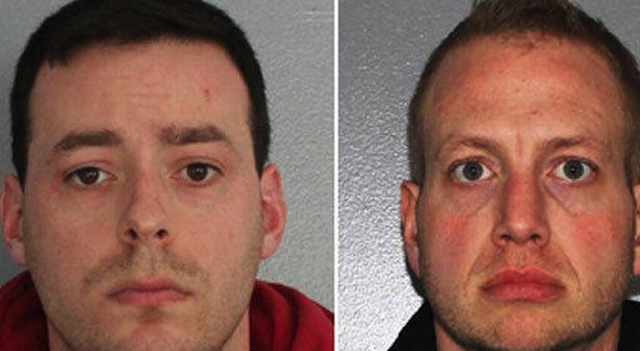 The incident subsequently led to a car crash involving three cars and the death of the cow.

It’s crazy what they get up to in upstate New York huh? One man’s just been arrested for having sex with a cow whilst his buddy filmed it – an incident which inadvertently sent two men to hospital, totalled three cars and led to the death of the cow.

It occurred last Friday  morning at around 4 a.m. when Reid Fontaine was allegedly having sex with a cow in a barn whilst his buddy Michael Jones filmed it. Reid was covered in Jello, I guess so he could get nicely lubed up to enter the cow.

Unfortunately for the pair, the local farmer was onto them and set up a video camera in the barn as he realised that something was up with his cows, who weren’t producing milk as usual and were acting really anxious all of a sudden. As soon as he spotted the two on the camera, he phoned the police who promptly showed up along with a local TV crew, who (un) fortunately didn’t get any footage of the guy banging the cow.

Whilst Reid and Michael skedaddled, the violated cow also legged it out of the barn and into the road, where it was unfortunately hit by three cars – all of which are completely trashed now. Luckily, the drivers of all three vehicles are OK although two of them were sent to hospital with minor injuries. The cow didn’t make it unfortunately, but it may not have even wanted to live anymore after having to deal with the shame of being raped by a weirdo like Reid Fontaine.

Both men have now been charged with sexual misconduct and misdemeanour and were bailed pending a court date. Reid has also resigned from his job as an I.T. technician within the Farmington county school system.

Unfortunately there isn’t actually a video of the man having sex with the cow, but here’s a news report on the incident to prove that it did happen. FYI Reid is the guy on the left in the mugshot picture above, which is funny because the guy on the right definitely looks more likely to be fucking a cow in my opinion.