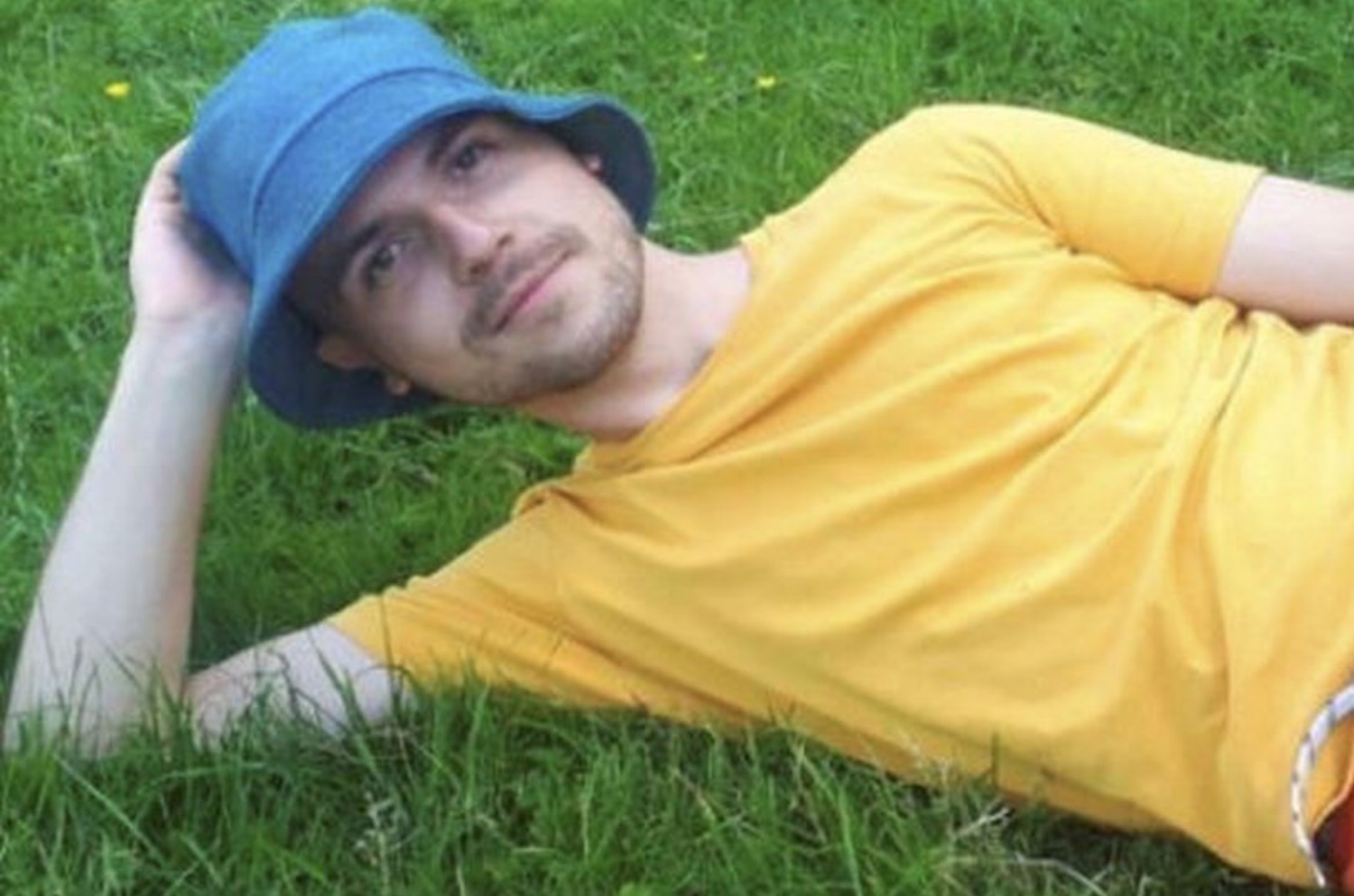 Up next today is a story about a creepy guy who was so obsessed with a girl that he met once who gave him the wrong number that he sent over 100 letters to her street in order to try and track her down and ‘re-establish the connection’. I’m not sure why Serban Raia would even want people to know that he was acting like this, but I guess he was so into this girl that he felt like she might see it and get in contact with him if she saw how into her he was?

Serban says that he met Amy in a park in Radford and she agreed to go on a date with him to the Peak District, but when he went to call the number she gave him it didn’t work. I think most people would probably take that as a sign that she didn’t want anything to do with him, but not Serban – she had mentioned what street she lived on so he decided to write a handwritten letter to each house on it, which took him 10 hours and gave him loads of blisters on his hands. That’s not stalkerish or weird or anything at all right? 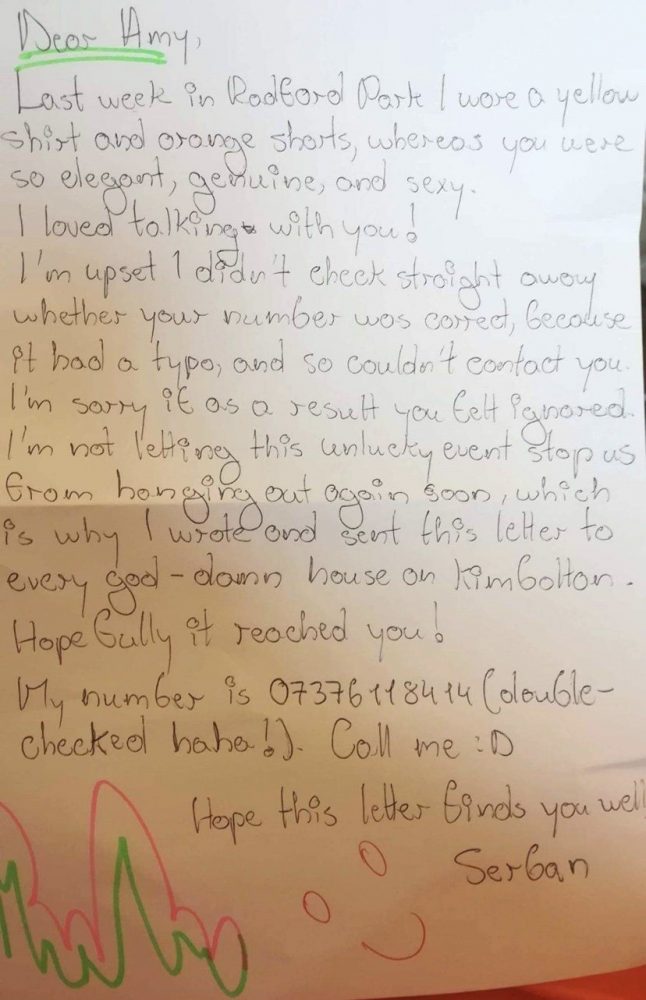 Maybe things didn’t work out the way I wanted.

But at least I know what kind of man I am, and it makes a hell of a good story too.

Given that we had such a good connection I decided to trust her, and not assume that it wasn’t that she didn’t want to talk to me anymore.

Yeah I think that was the wrong assumption to make there pal. I think she’s gonna be even more turned off when she finds out that you went to the newspapers with the story as well because that’s just psychotic behaviour really isn’t it? Why would you want the whole world to know what an obsessed weirdo you were?

I have gotta end this by saying one thing though. I know I’ve given Serban a hard time about all this – and rightly so I think – but the fact is that girls think that ‘The Notebook’ (where a guy is obsessed with a girl for most of his life after a summer fling and writes her a letter every day for a year and spends his whole life building a house for her) is the most romantic movie ever so there is some reason for why guys act like this. I guess you just have to look like Ryan Gosling in order for it to work out.

For more of the same, check out this really creepy story about an obsessed Japanese stalker. Not cool at all.