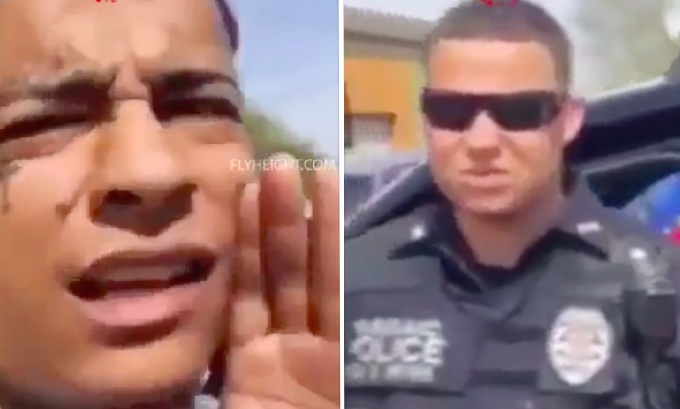 What’s the dumbest thing you could do in front of a police officer? Punch someone in the face? Pull out a gun?

Or how about selling weed and coke to randomers on the street?

That’s exactly what this brave man decided to do, over in America no less. Although you might assume he has some sort of a death wish, it all turned out to be one of the dumbest pranks of all time. Take a look for yourself:

Yes, it’s silly, but don’t even try to deny that the footage made you chuckle. Admit it.

How about those cops though? Someone didn’t bless them with a funny bone. That said, the dude’s lucky he didn’t get hurt – in some areas of America that’s not always the case. The guy who was pulling the prank is either seriously brave or seriously stupid… or maybe a bit of both.

We all know how trigger happy some police officers are over in that area of the world.