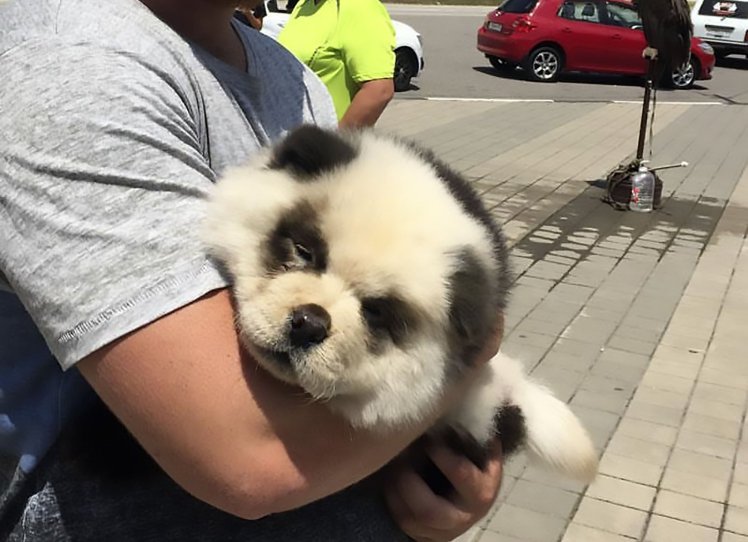 Who knew pandas could bark?

A man over in Russia is under police investigation after he charged people to hold a baby panda, which has actually turned out to be a dyed dog.

Locals called the police after noticing the street trader charging tourists to take pictures with a ‘panda cub’. When the officers arrived, they discovered that it was not an endangered animal at all, but a Chow Chow puppy which the unnamed man had dyed black and white to scam tourists. 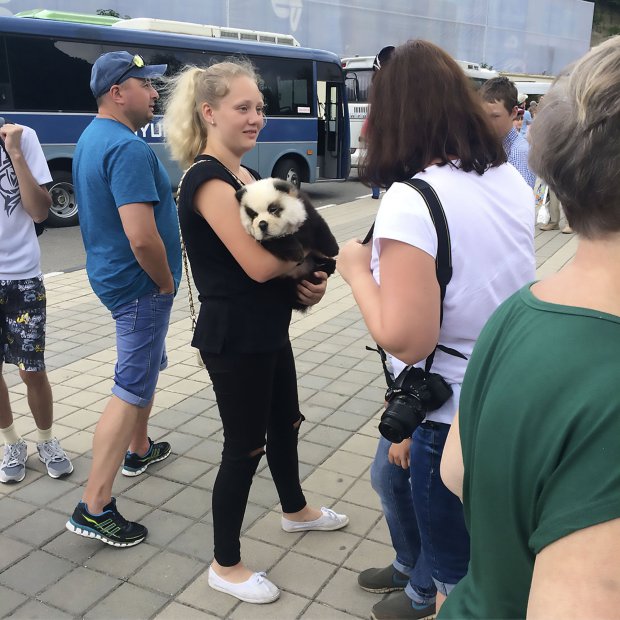 Not only is it unethical to trick people into spending their money, but witnesses have also claimed that the man forced the animal to work in extreme conditions, even when it was 40 degrees outside.

In addition, there have been statements claiming that the street trader owns a kite bird and a lion cub that he offers pictures with as well. Police are now investigating whether this is true or not – it wouldn’t surprise me if the lion cub turns out to be the same Chow Chow pup and he just changes its colouring depending on how he’s feeling that week.

Obviously this is a dishonest scam to pull on people, but I’ve got to question the intelligence of those paying to pose with the panda cub too. I mean, that thing is quite clearly a dog – I’m pretty sure I’ve never seen a panda pant and bark before:

To watch a real panda in action, here’s one causing absolute havoc while a keeper’s trying to clean their enclosure.