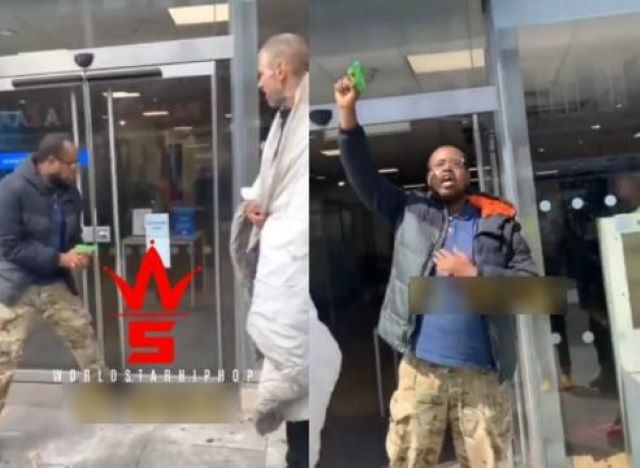 This was never gonna work.

The biggest bank robbery fail of all time took place in Southall, West London, this week, as a man tried (and failed) to rob a Halifax Bank with a water pistol.

The man kicks the door in, demands £1 million, introduces himself as ‘Kim Jong Ali’ and throws in an ‘Allahu Akbar’ for good measure:

A man tries to break into a bank with a toy gun 😭😭 (Southall Halifax, West London) pic.twitter.com/DHI5CcXhIK

Absolute scenes. I don’t wanna make fun of the situation too much because the guy is obviously having some kind of episode and needs help, but come on, it was pretty funny how he announced he was robbing a Barclay’s Bank while clearly standing outside a Halifax, and yells out “no one’s leaving here!” while people are casually walking past him.

Anyway, seems no one was harmed in the end so let’s hope this guy is back home/in hospital getting the support he needs, and that all the Halifax staff he terrified are doing OK now.

For the UK’s dumbest bank robber who was caught after writing a ‘list of demands’ on a Holland & Barrett receipt, click HERE. What a numpty.