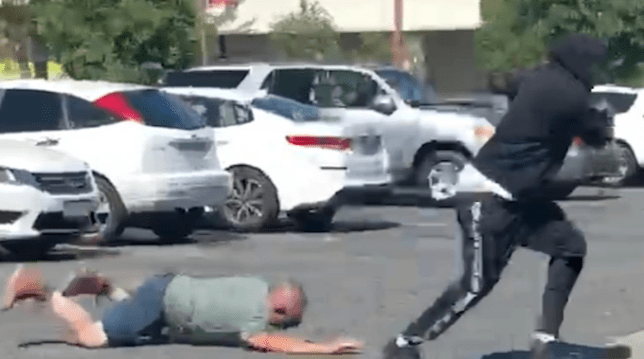 How gutted can you get?

A man who was beaten up and robbed of his life savings moments after withdrawing them from the bank has condemned the fact that people just stood around and watched and filmed the incident instead of helping him out.

As per Metro, Francisco Cornejo was jumped and had $200,000 stolen from him by a thief who struck as he left a Chase Bank in Huntington Park, California last week.

Francisco had recently sold his home and took all the money out of his bank account before the attack. You can watch footage of the incident and some of the nasty bruises Francisco picked up below:

“He was literally fighting for his life savings” by lawyer Nathan Soleimani is a weird spin on the ‘fighting for his life’ cliche, but I guess he’s right. Francisco was getting absolutely battered trying to hold on to his cash while everyone around him just watched and pulled out their smartphones.

The good news is that the police, the FBI and Chase Bank are working with the CCTV footage to track down Francisco’s money. What I want to know is why the hell he’s withdrawing $200,000 cash in the first place? I mean that’s just asking for trouble, isn’t it? In a world with easy bank transfers and card payments is there ever really a need for that sort of cash? What the hell was he planning on doing with it? Just sticking it all under a mattress? There could be something fishy going on here but I guess we’ll have to wait and see.