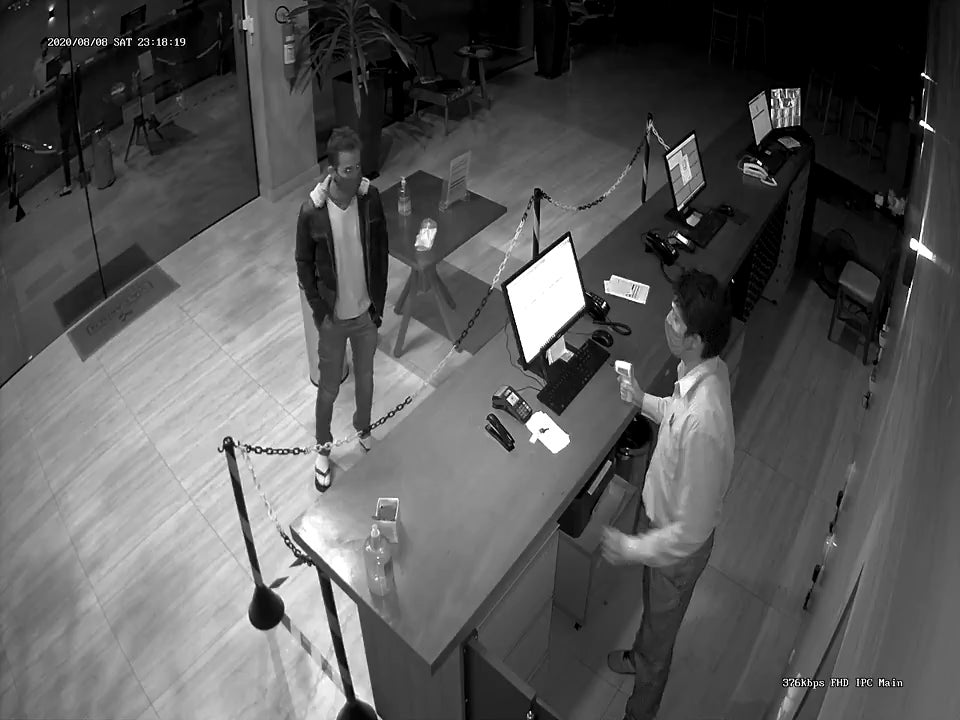 Having your temperature checked at airports, borders and even hotels is just one of those things we have to deal with these days. This guy over in Varginha, Brazil, clearly hasn’t gotten used to the idea though, refusing to have his temperate taken at the front desk before being accepted into the hotel, and then physically attacking the receptionist over it.

Except it doesn’t quite go the way he planned it in his head:

Beautiful, just beautiful. I mean we all want to avoid violence at all costs but if it has to happen, then why not at the expense of this dumb Covidiot who was so sure that he was tougher than the employee but ended up getting slapped up in front of his girlfriend. Exactly what he deserved.

The best bit is how the employee gets right back on the phone like “sorry about that long hold sir just had to whoop some idiot’s ass, I’ll have room service on the way up”. According to Estadio De Minas, the guy called the hotel several times after the beating to threaten the employee, and the incident is now being investigated by police.

For the girl who went on holiday to Brazil and ended up getting infected with parasitic fleas in her feet, click HERE (warning = NSFL).