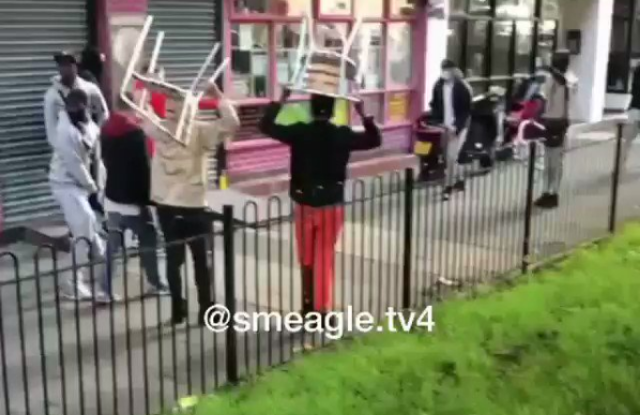 You’d think that after England beat Denmark, the feel-good factor around the country would be so great that knife crime would come to a halt for at least 5 minutes while everyone unified in celebration.

Sadly, one person over in Kilburn in North West London had to spoil the fun for everybody…

Jeez, imagine being that guy on such an epic, celebratory night? Why do people like this find it so hard to just be normal civilians who don’t go around threatening to stab everyone to death? I don’t know what this chav’s problem was exactly but there’s just no good reason to go around menacing an entire street like that. Imagine feeling that level of hatred and evil while the rest of the country is super happy and positive over the football? It’s just so sad.

Unless… he was a Denmark fan upset about Raheem Sterling’s ‘dive’? I guess it’s possible. The good news is that no one got hurt and hopefully this guy is identifiable enough from that clip that the police will go and pay him a visit. I wouldn’t hold my breath though.

For London’s ‘zombie knife’ thug who was let off 21 TIMES for carrying a knife before finally being jailed, click HERE. They got there in the end eh?