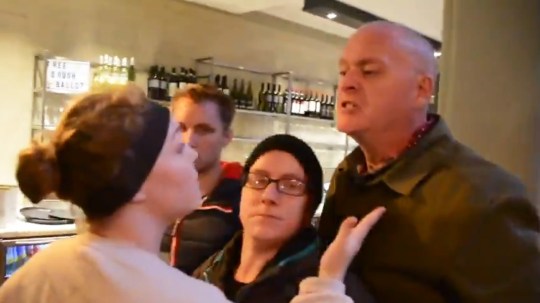 Activists from animal rights group Direct Action Everywhere (DxE) are on a mission this week to disrupt as many restaurants as they can in Brighton by basically storming in and waving their signs and making loads of noise through their megaphones.

I don’t know when this approach has ever worked to sway public opinion in their favour but the chants of ‘it’s not food it’s violence’ and ‘not your mum, not your milk’ definitely didn’t go down well at this Pizza Express branch in Brighton.

According to Metro, the man in the clip who had been dining in the restaurant stands up and says: ‘You’re scaring these people, f*** off now.’

He shoves the woman with the loudspeaker from behind and when she turns around to confront him, he punches her in the face:

Obviously not cool to punch this lady in the face, even if she is one of these annoying activist types and has just ruined your dinner. I guess the only real way you can get rid of them is by calling the police?

DxE have been keeping busy in Brighton recently, in fact as this vegan activist was getting punched in the face, this lot had chained themselves by the neck to pillars at the Town Hall: 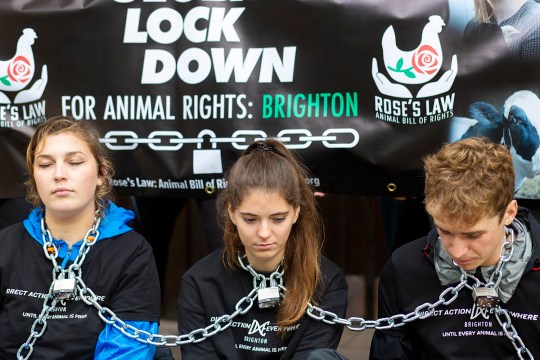 Speaking of which, it was only a couple weeks ago that another vegan activist went ballistic inside Brighton McDonald’s and completely trashed the place. That should help move things forward.