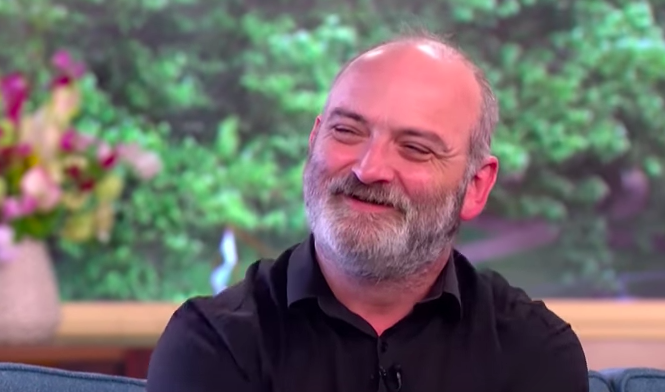 I’ve heard about the medical condition known as a micropenis for some time now and I’ve often thought that it would be pretty awful and embarrassing to have to live your life like that.

Turns out that it isn’t that hard just get over it though, as the guy in the video below bravely proves to us. His name is Ant Smith and he bravely decided to speak about his unit in a poem called ‘Shorty’ that he recorded in 2015 and followed up with a book called ‘The Small Penis Bible’. He recently went on national television on This Morning to talk about it as well, in the hopes that it would help shed the stigma of the micropenis and help others get through the initial ordeal of being born with one and realising that it’s never going to get any bigger.

You can watch the full six minute interview below, but if you want to just read some of his most relevant quotes, they’re underneath as well:

Anxiety grows in the dark really. I spent years and years thinking I was the only with this problem and by keeping quiet I wasn’t letting anyone else with the same problem realise you are never really alone.

Whatever your issue is, there are seven million of us, there will always be someone else out there who can understand, identify and help.

If you say that small is less than average, that is half of all men. I think men certainly exaggerate about the size of their penises, rounding up.

I wouldn’t use the term ‘micropenis’ myself. It’s a very specific medical term and I don’t think its particularly helpful.

It is really a means of labelling people. It is an attempt to categorise people when we are all different.

I use a lot more than that part of my anatomy in my relationship with my beautiful wife.

She has always been quite proud of the things I write and publish about the issue, as I am just trying to make the world a bit better.

There are certainly a couple of things that definitely work. Control of weight will definitely make your penis larger, up to a couple of centimetres difference.

Then there are traction devices which, if used under medical supervision, will add to it – but don’t try these yourself at home.

I mean fair play to the guy. There are countless other people out there who are more well endowed than Ant who aren’t happy in their own bodies for whatever reason, so it’s great to see him doing so well despite possessing what many would consider a major physical affliction. He should be an inspiration to everyone – not just those with micropenises.

For the complete opposite of Ant Smith, check out this guy who was born with two dicks – and isn’t afraid to use them. Holy moly!