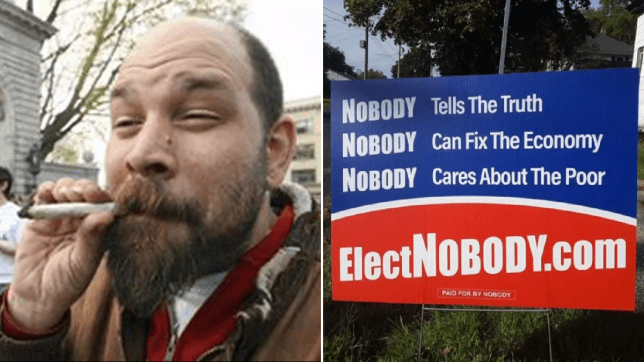 It’s pretty much par for the course that all politicians are majorly corrupt jerkwads, but what about if a politician actually ran their campaign by being up front about this?

This is kinda what a man named Nobody – who is running for mayor of the town of Keene, New Hampshire – attempted to do in his election campaign, although not quite. As the 50 year old had legally changed his name to Nobody, he decided to post up loads of banners saying stuff like ‘Nobody tells the truth’, ‘Nobody can fix the economy’ and ‘Nobody cares about the poor.’ I see what he’s done there, but was it really worth it just for some lolz and 5 minutes of viral fame? 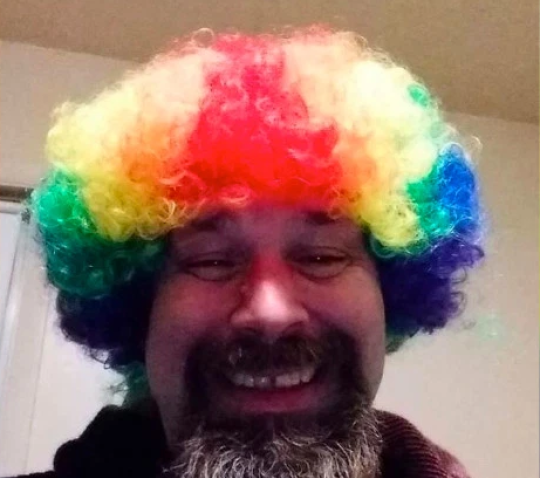 Apparently not, because Nobody was defeated on Tuesday’s elections where 11% of the town – those were the only people who showed up to vote in this dumb town – meaning that his opponents Mitchell Greenwald and George Hansel will now contest the general election in November. Probably for the best as well considering that Nobody has been arrested nearly a dozen times on charges relating to drugs and disorderly conduct.

Kinda relieved that the good people of Keene could see through his clever marketing strategy and realise that he wasn’t the man to lead their township into 2020. Just a shame the rest of America wasn’t so clued up about electing complete morons to high levels of office.

As for Nobody, he’s undeterred in his battle to become elected to some kind of position and has announced that he intends to battle New Hampshire Governor Chris Sununu next year for his title. Good luck with that one pal.

For more of the same, check out this idiot who changed his name to McLovin. Good reason for it though.