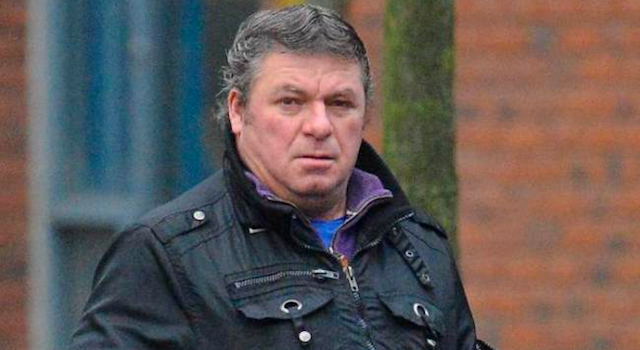 If you spot this guy when you’re doing your weekly food shop, walk the other way.

There’s a headline you don’t see every day. A 49-year-old grandfather called Eugenio Freitas was filmed on CCTV jerking off in the meat aisle of his local Sainsbury’s through his trousers for ten minutes. I can’t even imagine what would come over you to make you want to do that, I mean at least go into the toilet or something dude?

Eugenio – who is married with 4 kids – realised the error of his ways and plead guilty to outraging public decency and was handed a six month suspended prison sentence. He’s also been banned from ever entering a supermarket in Britain again, unless he’s supervised by an adult, bizarrely. I guess if he’s with someone else then he’s less likely to go for it in the meat aisle again, there’s just something really weird about saying that a 49 year old has to be supervised by an adult.

The details of his trial were pretty jokes too – it was said that Eugenio fully intended to go shopping that day but he was so overcome by his sex drive that he had no option but to start jerking off in the middle of the store. Prosecutor Marcus Harry explains what went down then, which sounds pretty awkward:

‘At first a member of staff gave him the benefit of the doubt and assumed he was adjusting himself. But she was then called to the CCTV area after a shopper complained to a security officer. The staff member and security officer viewed CCTV of the defendant. He was seen for about ten minutes with his hands down his trousers and in his pocket with his hands moving around’.

Grim. Interestingly, this isn’t the first time that Eugenio has been caught with his pants down in a supermarket as in 2010 he was placed on the sex offender’s register for exposing himself in a supermarket again. What is it with this dude and supermarkets? I guess he had better hope he can find another adult sympathetic to his plight so he can be supervised in the future and still get up to all his dirty tricks.